Could FOMO be the reason for a Covid spike?

With people feeling they’re missing out on so many aspects of their lives due to coronavirus restrictions, could ‘fear of missing out’ (FOMO) explain the rise in cases in Sunderland and elsewhere?

Or is there simply a lack of respect for rules which many feel are contradictory and illogical?

THIS morning I woke up exhausted, irritable and grumpy, like most other days for the past few months.

These are typical signs of quarantine fatigue: enervation associated with the constricting lifestyle that has been implemented to slow the spread of Covid-19, in my case worsened by living alone.

But something that’s made my symptoms even worse has been seeing friends on social media breaking all the rules for some fun, giving me serious FOMO (fear of missing out).

Which made me wonder: Could quarantine FOMO explain why cases among younger people – and students – are escalating?

Despite how dreadful lockdown has made me feel, I’ve still stuck by the rules, due to a genuine fear of passing on the virus unknowingly. But as I’ve been home alone, my social media feeds are filled with people breaking social distancing guidelines for all kinds of high-risk events in the middle of a global pandemic.

The government’s overall aim of maintaining social distancing rules is to limit the spread of the virus, hence the limit put on the amount of time spent in bars, postponement of music events and ban on socialising with anyone outside of your own household.

It’s inevitable; when people get the privilege of socialising removed, there is an even greater craving to return to comradeship, friendship, and being around others.

Knowing that friends and family are still enjoying themselves, despite a global pandemic, is enough to make some people bend and break the rules.

David, 21, a barman in Sunderland, told me: “I see friends that live with their partners going for trips away and fully enjoying themselves, which encourages me to enjoy myself too.

“The main thing I do is grab some food or go shopping with friends, but we still try to adhere to social distancing rules.

“It’s partly done out of habit: I was in a routine and saw them so regularly before restrictions were put in place.”

For many people, FOMO is not the primary reason for breaking the rules.

With an increase in diagnoses of mental health difficulties, many people are going against social distancing guidelines to look after themselves and their own minds, as well as the health of their friends.

Alice, a student at the University of Sunderland, said: “I have in fact broken lockdown rules to meet up with friends, as I decided that my friends’ mental health was still important to me.

“I went to a friend’s house to sit and socialise while still keeping a distance and being safe.

“FOMO is still something I have felt during this pandemic, as when the rules first came in I did indeed follow them, and feared I was missing out on seeing people I usually would see, and things I would usually do, but that wasn’t necessarily the reason I didn’t follow the rules”.

Many people argue that the rules don’t make sense, due to them being able to socialise with strangers at work but not with their own friends and family outside work, leading them to break the guidelines.

Louise, 21, a retail worker in Sunderland, told me: “ I broke the rules twice, when I met up with a friend after work, and then my sister last week. I went shopping with them on different days, which I think is okay, as I work in retail, and serve and deal with customers every day.

“I am safe and cautious, but it feels odd that I can mix with strangers every day but can’t see my family. Over the last few months I have missed family and friends birthdays and holidays, and don’t think it’s necessary to not see them if we both feel healthy.

“I do have FOMO, and don’t want to waste precious time if I feel healthy.”

Ruth, 24, a retail worker in Washington, said: “I have broken the rules by meeting up with my partner and a friend. I’d say that I’ve gone against the guidelines as the people I live with have to work, and I regularly deal with customers myself.

“I’ve definitely been experiencing FOMO. Although I’m not even bothered about not being able to have parties or going for nights out. It’s the small things that I took for granted, like watching a film with friends or just meeting up for a drink together.”

With so many mixed messages given to us, it’s hard to actually know what we can and can’t do. It’s hard to stay positive. However, in a time of such uncertainty it is important to lead with compassion. To see the latest for Sunderland’s coronavirus rules, click here.

Have you been sticking to the guidelines? Let us know on Twitter @SRNewsNow!

* Sources have not been fully identified at their own request, to allow them to speak freely. 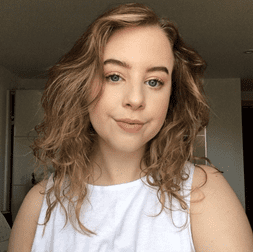