Sharon Hodgson, Member of Parliament for Washington and Sunderland West and Shadow Minister for Public Health sent a letter to Chris Grayling , Secretary of State for Transport today calling for the Tyne and Wear Metro to be extended to Washington.

The letter detailed several reasons for an extension of the Metro line, including regional growth, accessibility of education and sustainable environmental benefits.

Sharon welcomes the upgrade of the current metro fleet in the coming years but believes that an extension of services to Washington is something that the region needs.

Washington, with a population of 70,000, is one of the largest towns without any rail link. Proposals suggest an extension using the disused Leamside Line, to connect Washington stations to Pelaw and Sunderland.

“Residents of Washington have been calling for a Metro link for many years now. Yet, despite our passion and determination, proposals are yet to be actioned. This has left many of my constituents feeling that Washington is being left behind, with poor transport infrastructure.

“Some have hailed expansion as ambitious, but I firmly believe that an expansion to Washington New Town is viable and well overdue. The Tyne and Wear Metro is one of our regional treasures, and the Government must continue to invest to maintain its infrastructure.

“Washington has so much potential, and an expansion of the Metro would without doubt improve the lives of residents of all of Tyne and Wear. The future of light rail in the UK is an exciting one, if the Government cares to snap up opportunities such as this.”

Sharon stresses that a metro extension would “catalyse a boldly prosperous and better-connected Tyne and Wear” and is looking forward to reading the department for transport’s response.

The general call for evidence on how to better use and implement light rail and other rapid transit solutions in cities and towns is open until May 19, 2019, and Sharon is encouraging constituents to take part, too.

Details can be found on the following link: https://www.gov.uk/government/consultations/light-rail-and-other-rapid-transit-solutions-in-cities-and-towns-call-for-evidence 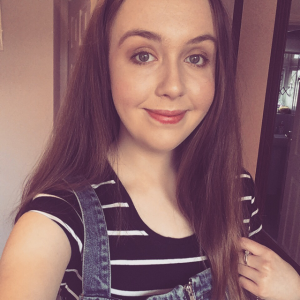