Thousands of people packed the streets of Newcastle to join the Chinese New Year parade.

Around 20,000 people watched as Newcastle marked the start of the Year of the Pig with a colourful parade of traditional dances and performances.

The festivity saw performers hosting their Chinese culture through music and dance as the parade snaked through the streets of Chinatown; lion dancers played up to crowds while paper dragons glided during the display and fire crackers were set off to welcome in the New Year. Gordon Makepeace, a senior instructor of the group, said: “Chinese New Year is very similar to Western New Year in the fact that it celebrates the old year and brings in the new year. Although, Chinese New Year is slightly different as it is based on the Lunar cycle. It’s all about celebrating what’s happened in the past and forgetting about all the mistakes.”

Starting at The Green, Old Eldon Square, several traditional dances were performed, in Gordon added: “There’s a lot of legends about how the dragon, lion and unicorn dances evolved but in essence they are three celestial beasts that are used to bring luck during the celebrations.”

Lions blessed each restaurant and business in Chinatown along its journey during the parade.

Eddie Cheung, a member of the Edmund Ng’s Kung Fu club, said: “We do the Lion dance because it’s part of Chinese culture. We do performances over the Chinese New Year for restaurants, weddings and parades.”

Eddie added, “When we do the lion dance, we throw out the lettuce and if it’s a restaurant we throw it to the owner or manager as it brings good luck, good fortune and a good business.”

Sang Choi (lettuce in Chinese) was thrown to crowds as a blessing.

The North East Chinese Association hosted a range of activities, including Chinese arts and crafts, as well as providing traditional Chinese food and drinks.

Fay Wong, a member of the North East Chinese Association and The Women’s Healthy Living centre, said: “It’s important to celebrate our New Year because we like to keep to tradition. I’m a member of two groups, one at the North East Chinese Association where I volunteer and provide teas and coffees and the other at the Women’s Healthy Living Centre where we practice Tai Chi.”

Fay, who moved to the UK when she was 16, added, “I enjoyed performing in the parade, I only learnt how to play the drum just last week. Many of the women went back to Hong Kong for the New Year celebration so I was asked to join. Chinese New Year is very important to us and I enjoy it every year.”

Although the official date of the Chinese New Year was Tuesday, Sunday’s parade was certainly the busiest Chinese event in Newcastle of the week.

SR News photographer, Ryan Lim, was on hand to cover the action. See his images in the gallery below: 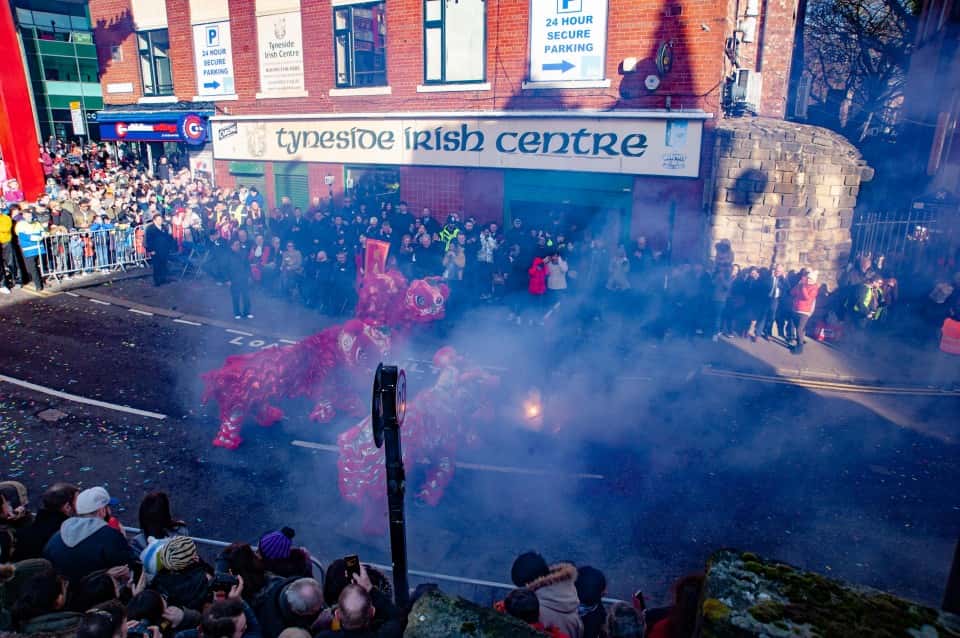 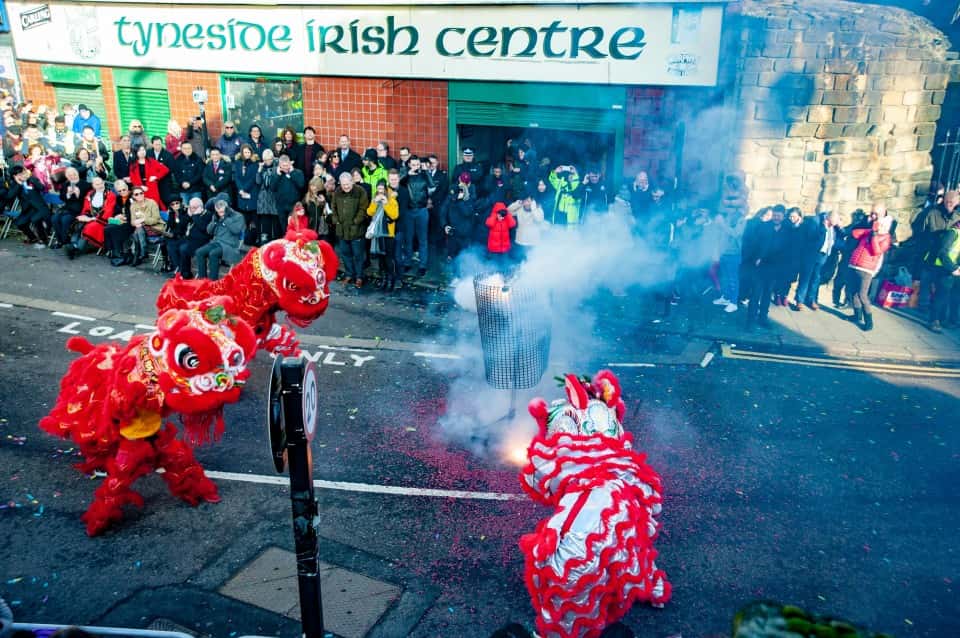 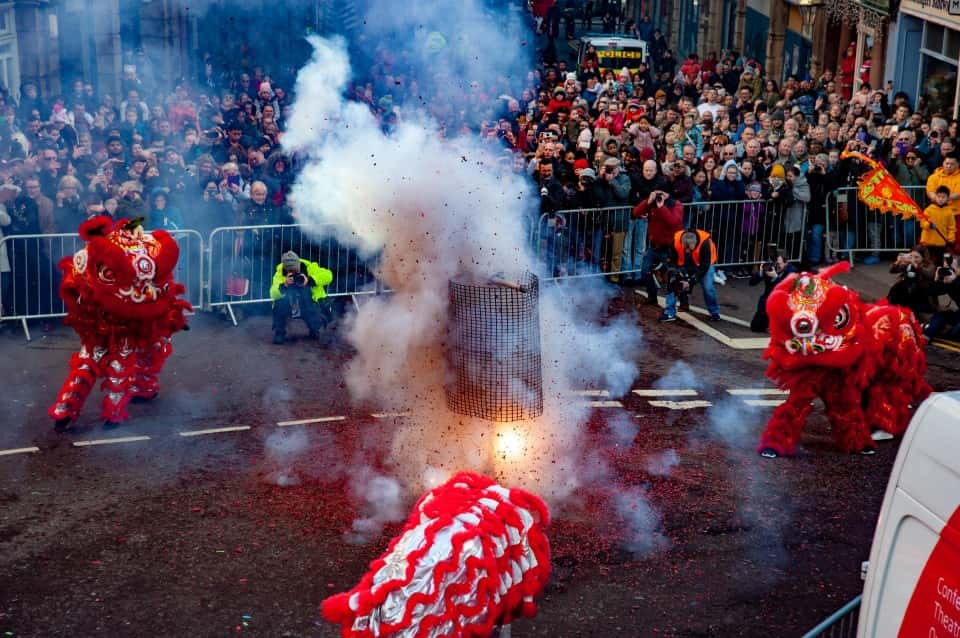 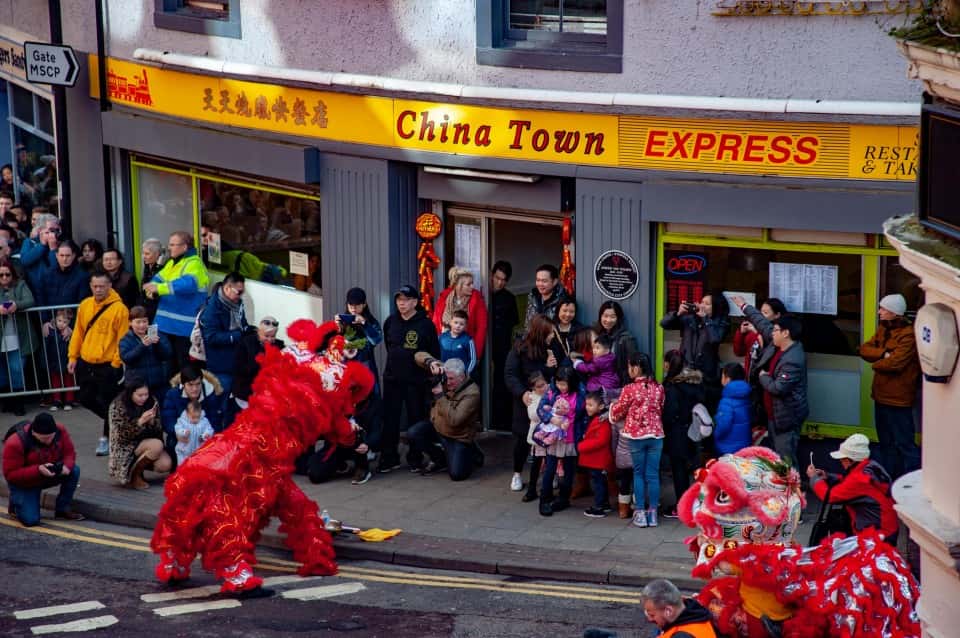 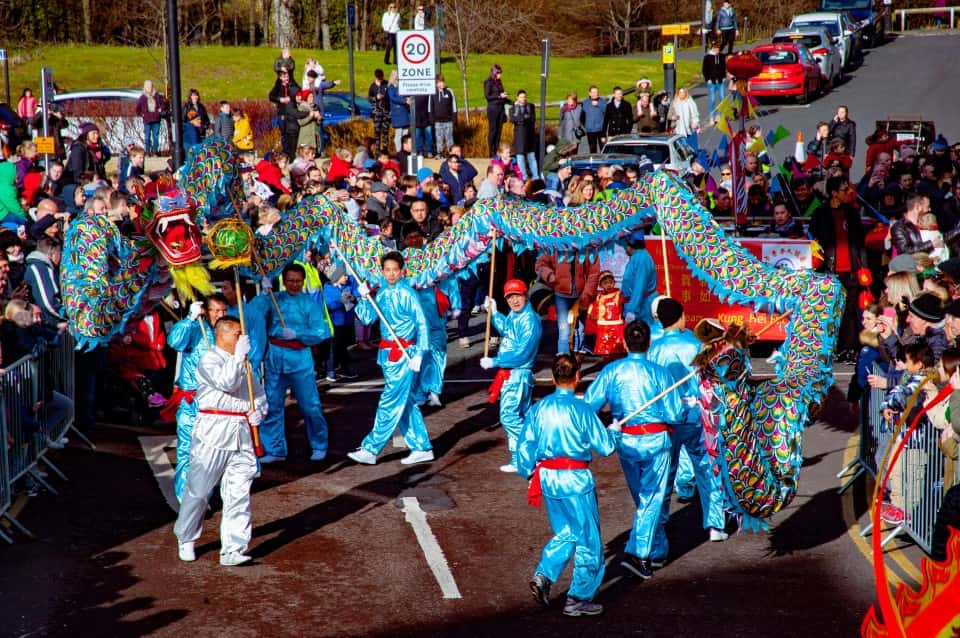 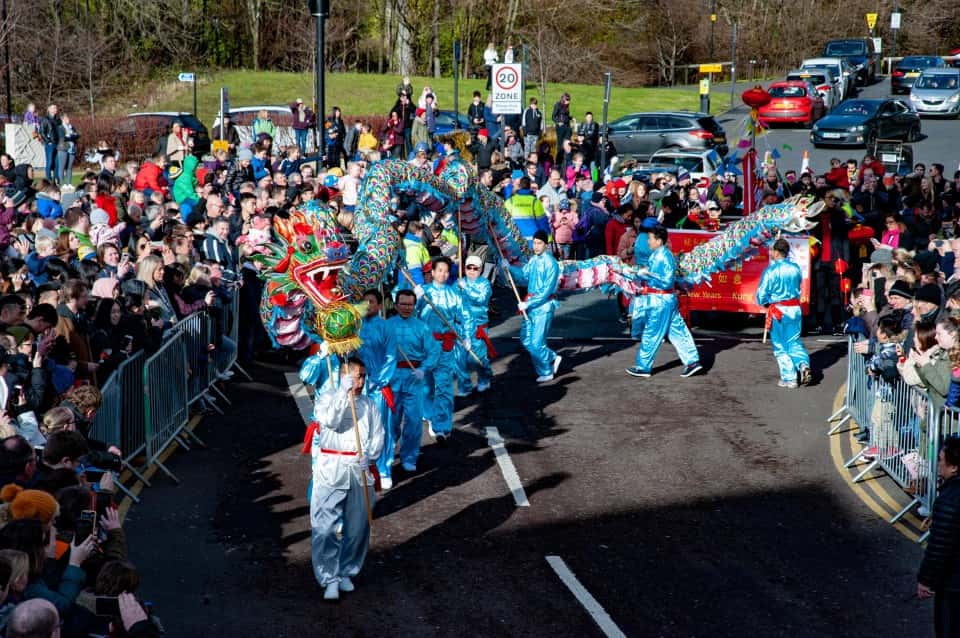 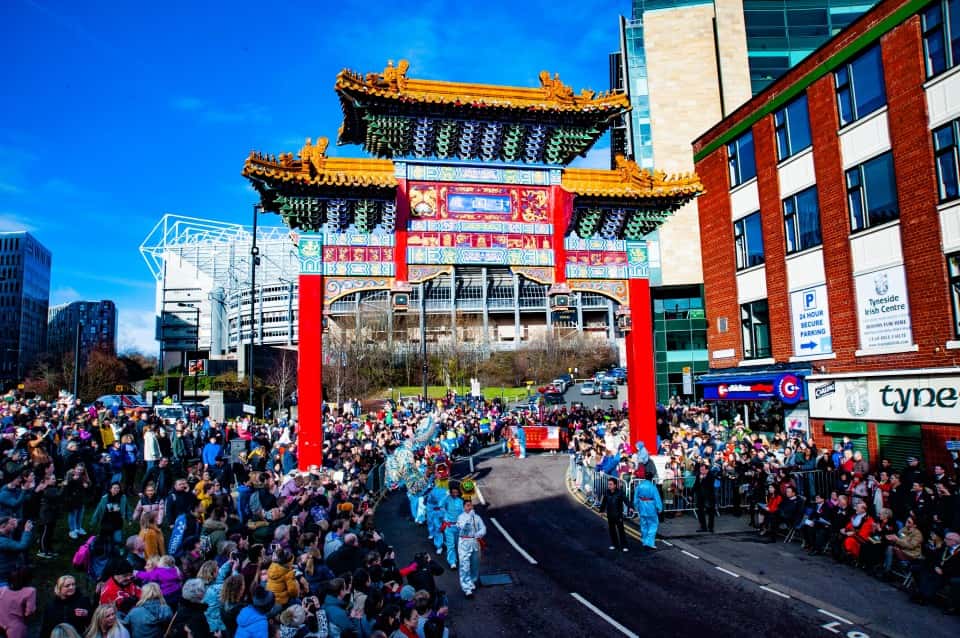 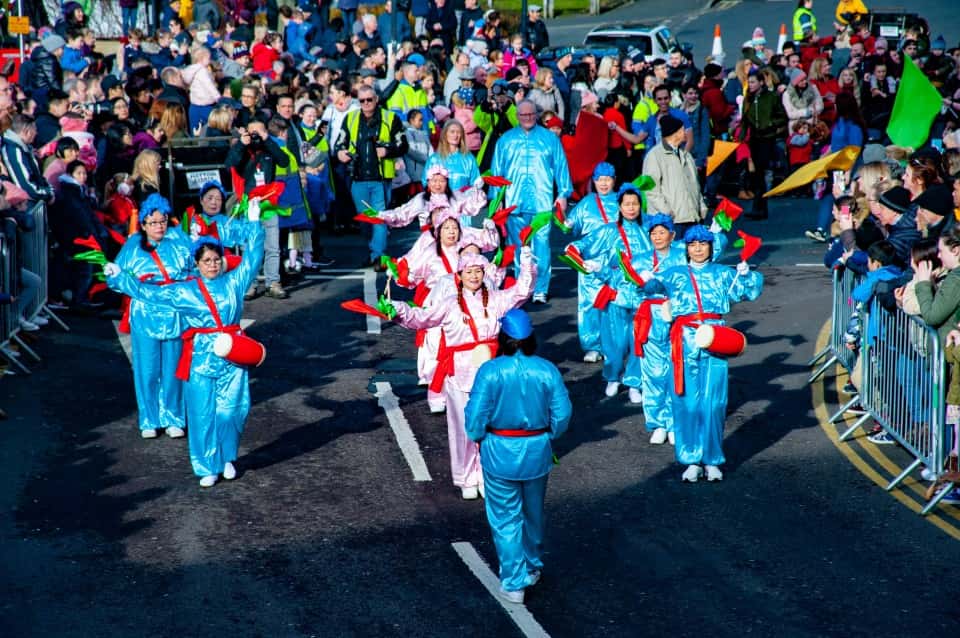 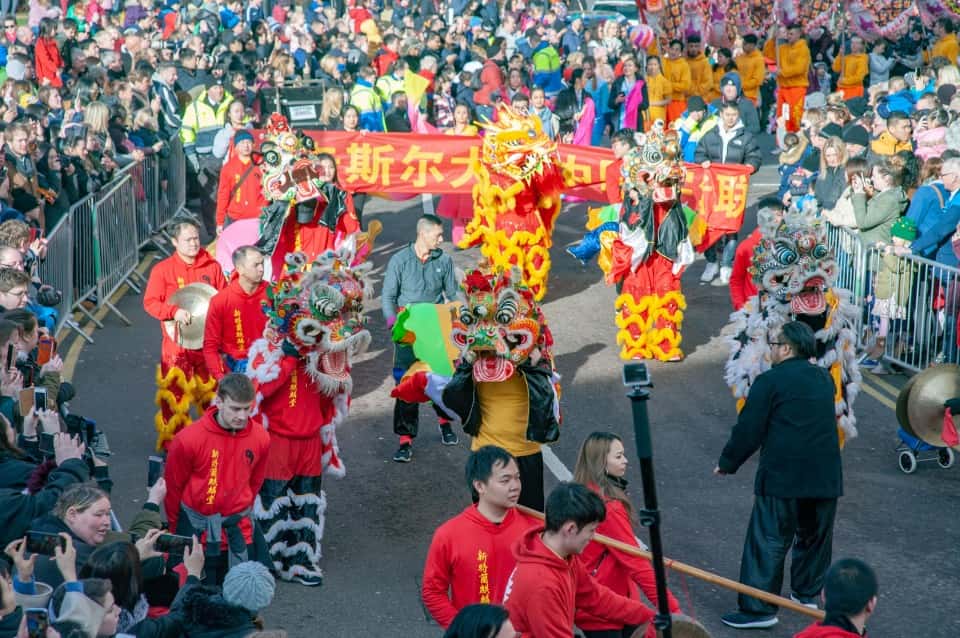 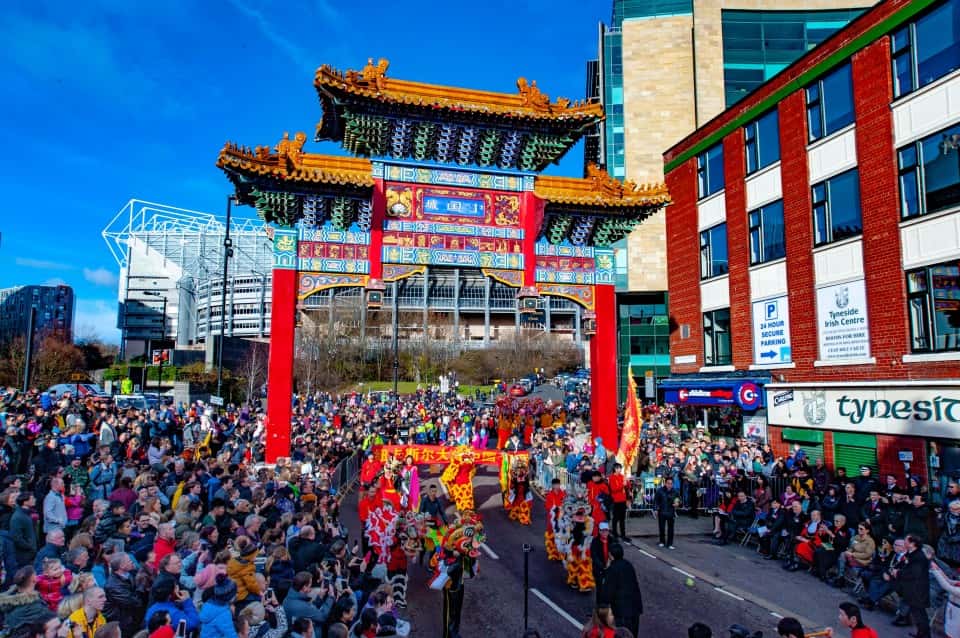 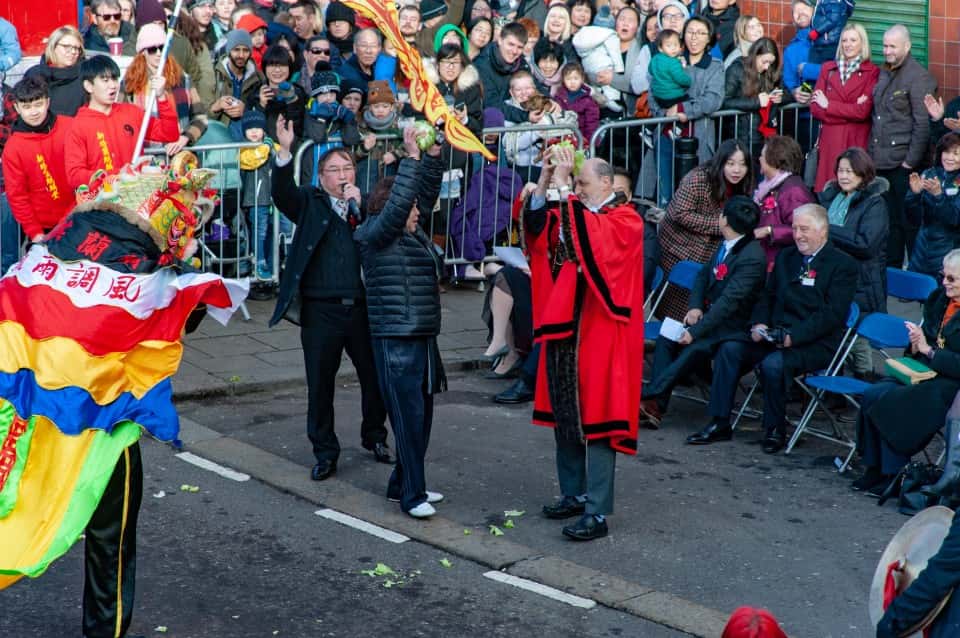 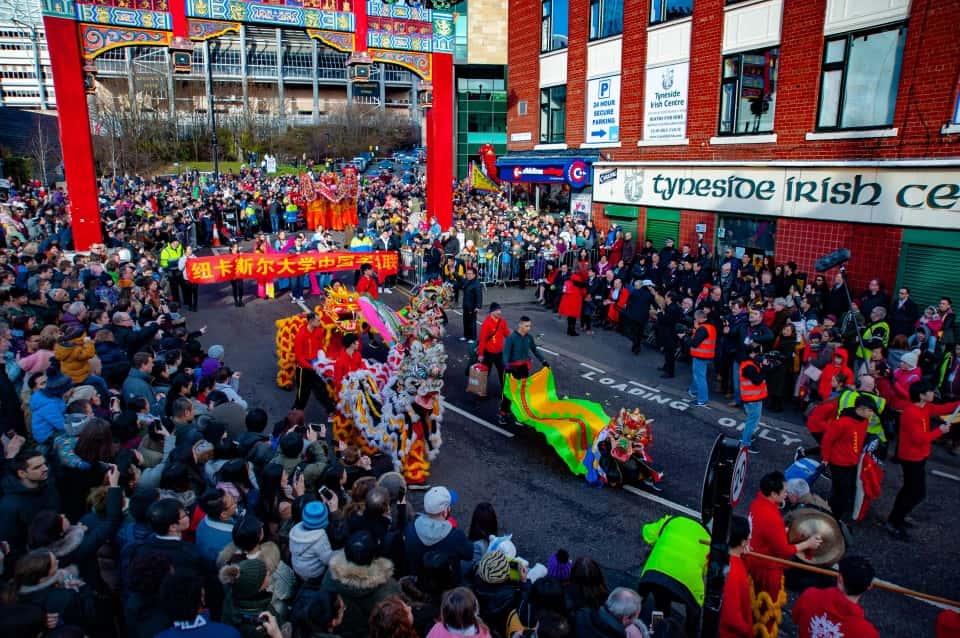 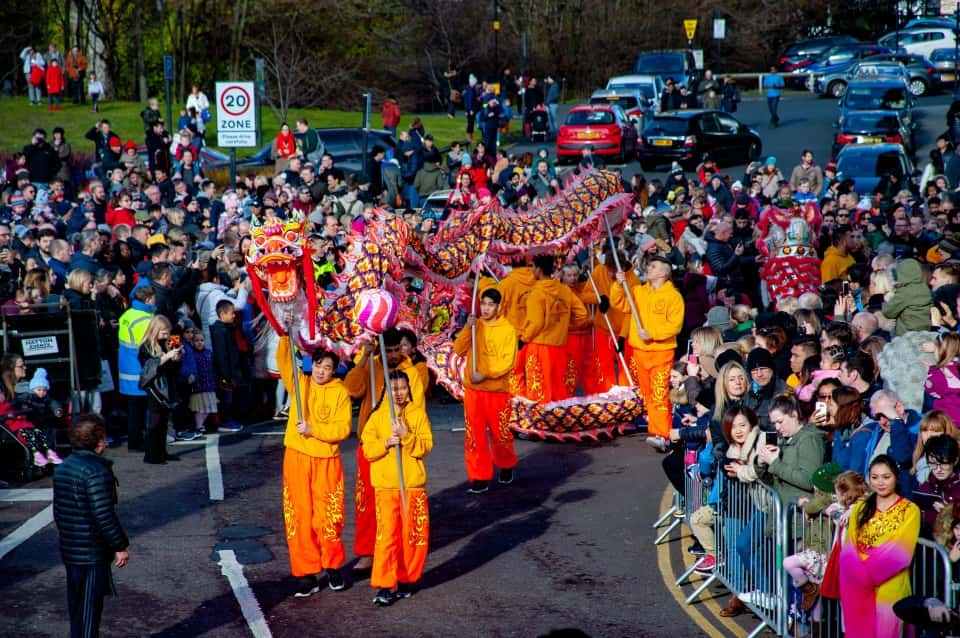 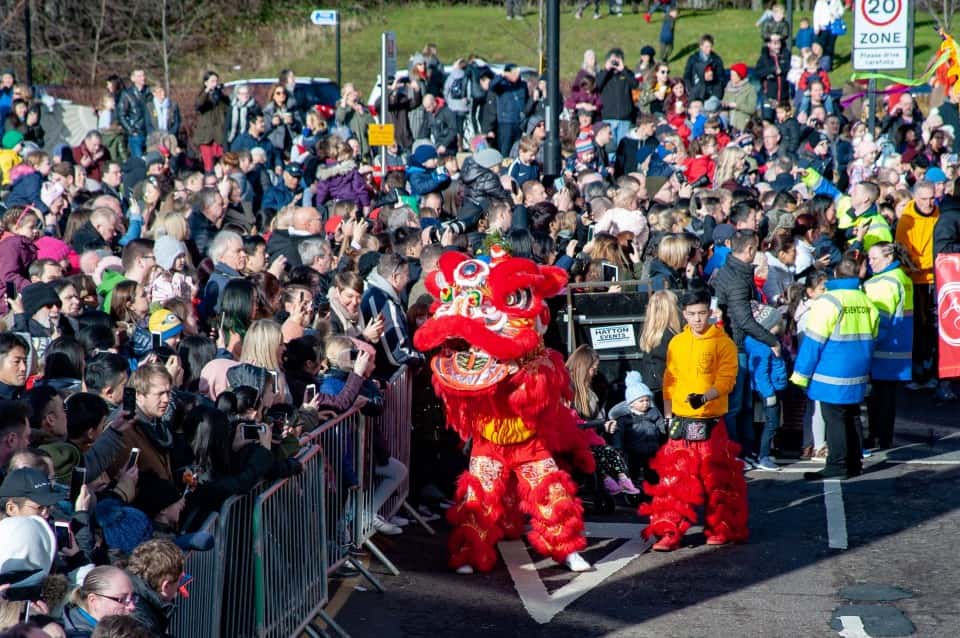 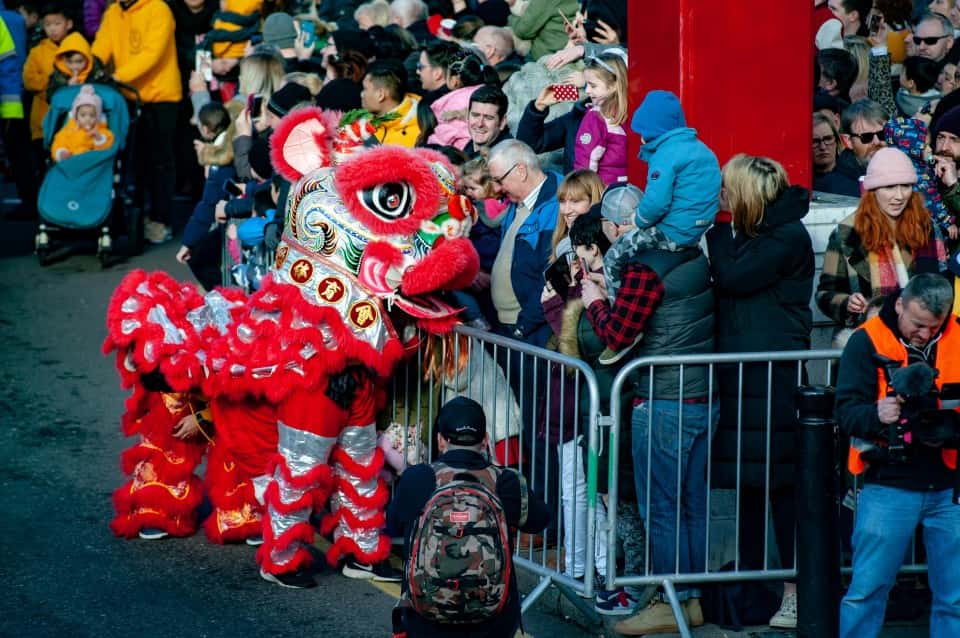 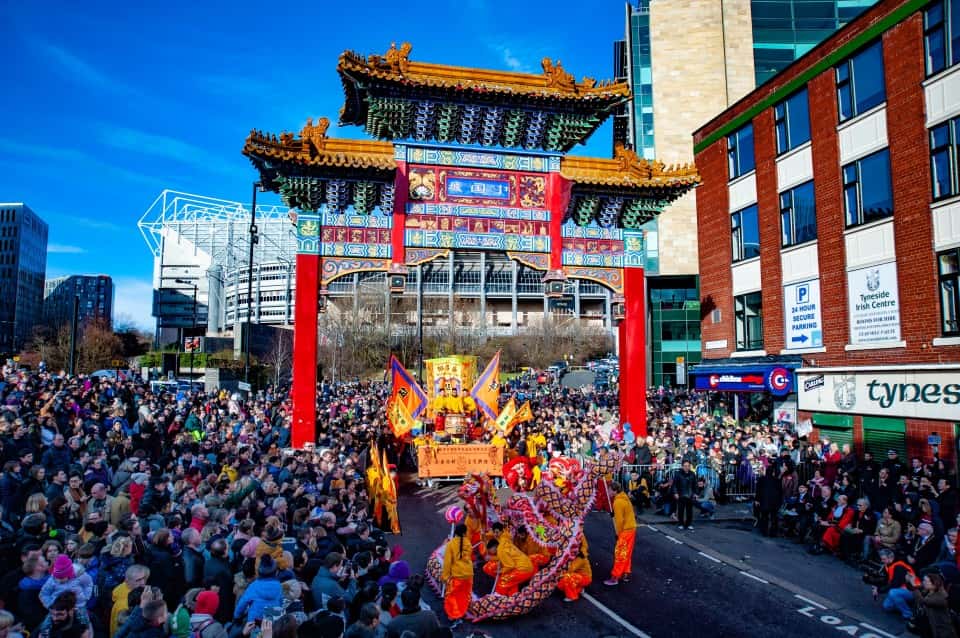 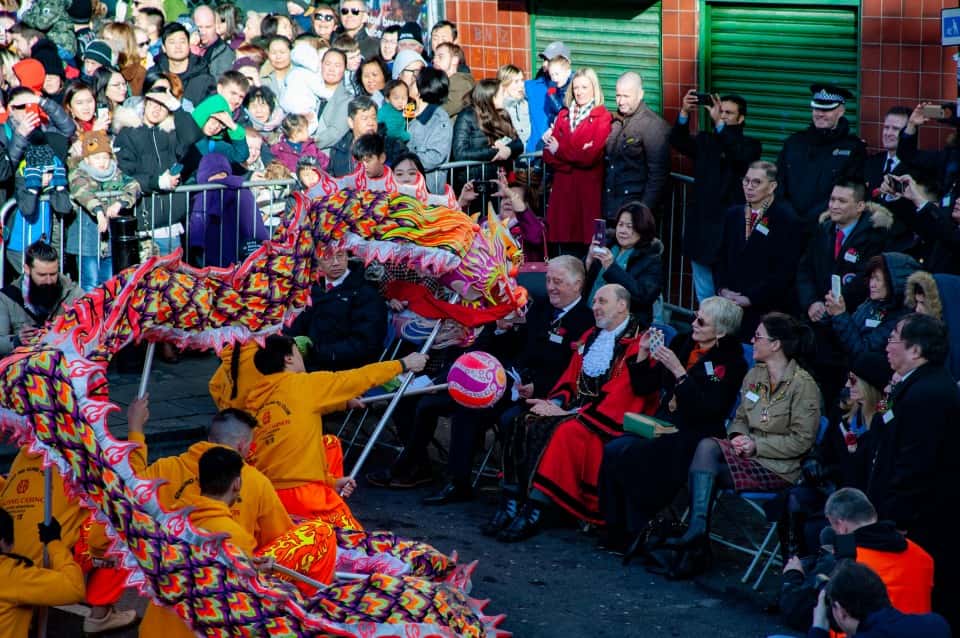 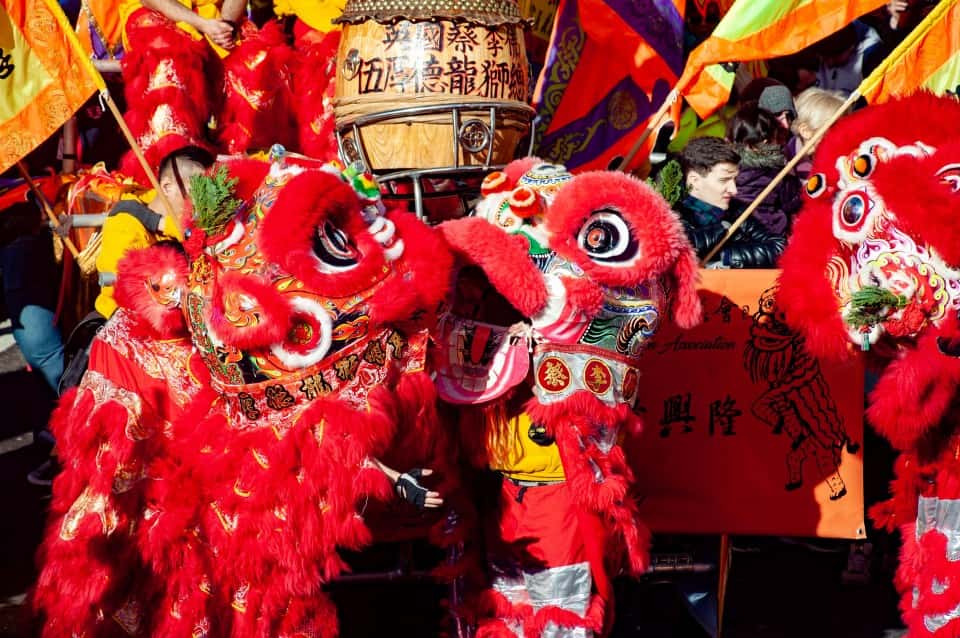 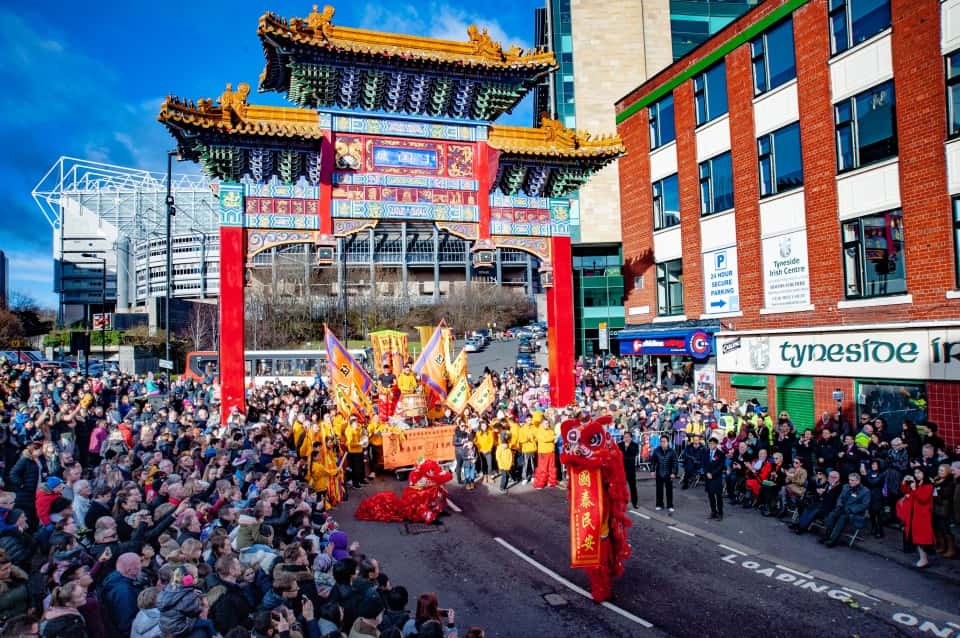 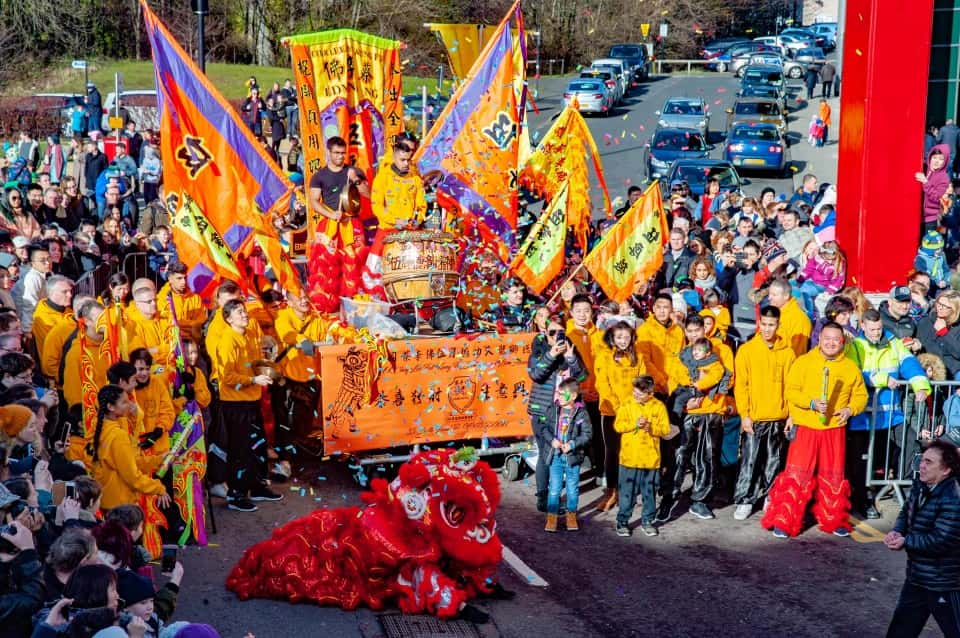