Sunderland marked Armistice Day on Sunday with the city’s annual Remembrance Parade and Danny Boyle’s ‘Pages of the Sea’ display.

Local people turned out in their thousands for both events on the day that marked the centenary of the signing of the Armistice that ended the First World War in 1918.

The parade, one of the biggest in the country outside of London, saw the pavements of Burdon Road jam-packed well before the 10.35am start time.

Vice Lord-Lieutenant Gavin MacFarlane Black, Colonel Andrew Hadfield and Lynda Scanlan, the mayor of Sunderland, took the salute on the steps of the Sunderland Museum following the conclusion of the service at the War Memorial.

Shortly completion of proceedings, Mayor Scanlan described it as “the proudest day of my life,” and “the highlight of the year for Sunderland.”

The Band of the Royal Corps of Signals and Bearpark and Esh Colliery Band led the parade, with participants including crew members from HMS Anson, Sunderland’s newly affiliated submarine that is due to enter service in late 2020.

The 4 Regiment Royal Artillery, Sunderland’s adopted regiment, represented the event’s largest contingent and provided two field guns for the occasion. These, fired from the terrace in Mowbray Park, marked the start and finish of the two minutes silence at 11am.

Veteran George Waller, an RAF serviceman in the Second World War, recited the first four versus of war poem ‘For the Fallen’ prior to the silence.

The period of quiet reflection was then followed by a recital of the Far Eastern Prisoner Prayer by veteran Len Gibson, a member of the 125 Anti Tank Regiment Royal Artillery who was a prisoner of war on the notorious ‘Death Railway’ in Burma and Thailand during the same conflict. 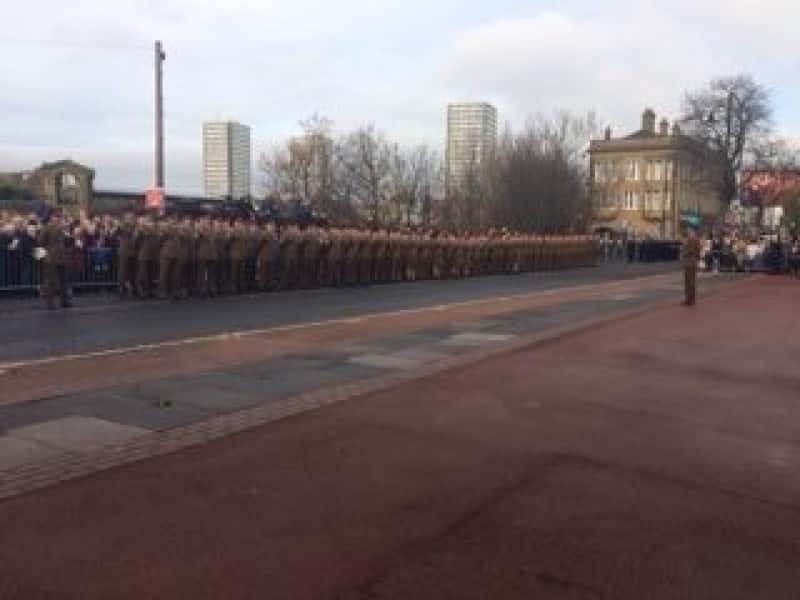 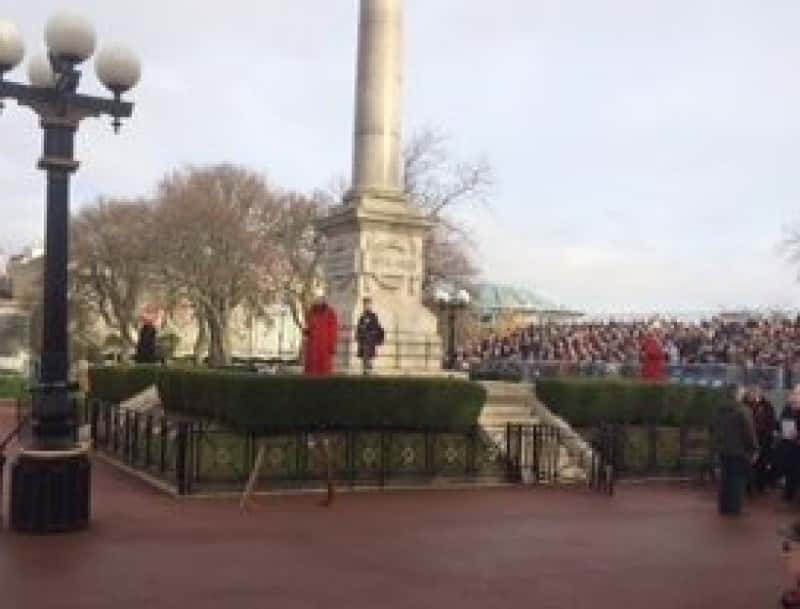 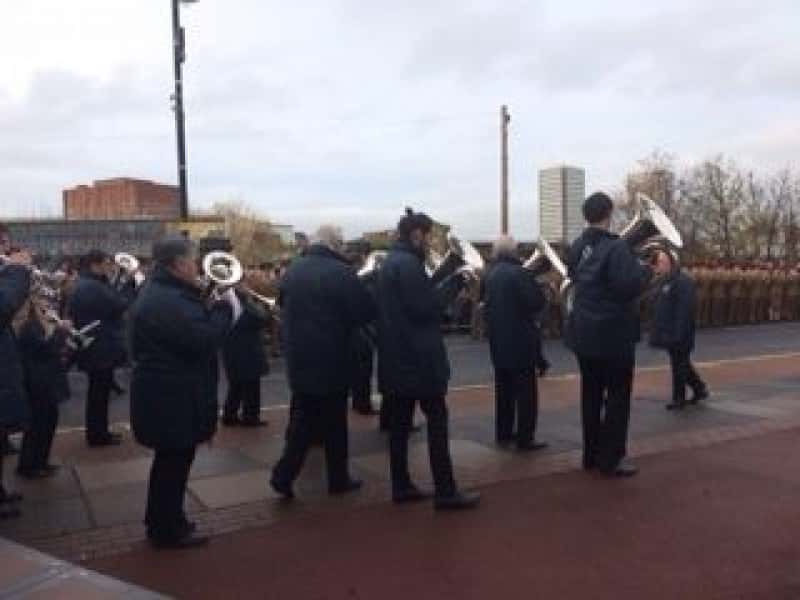 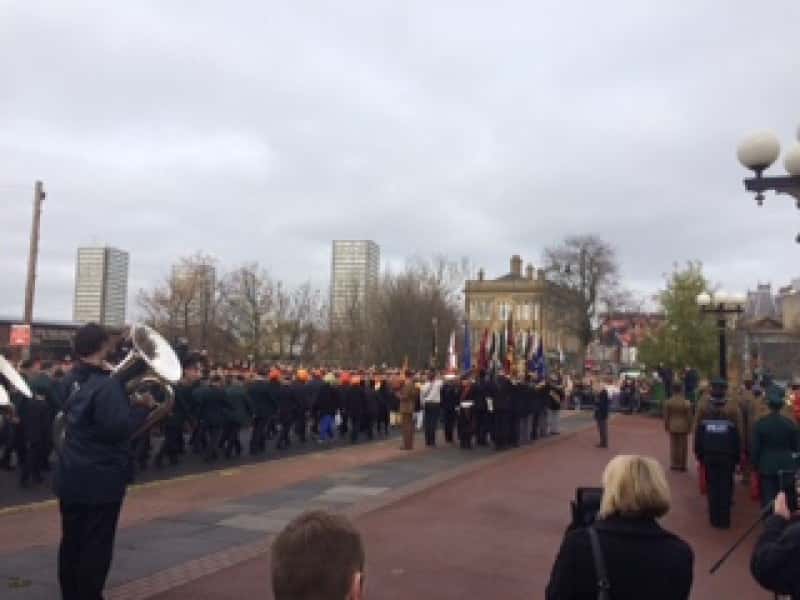 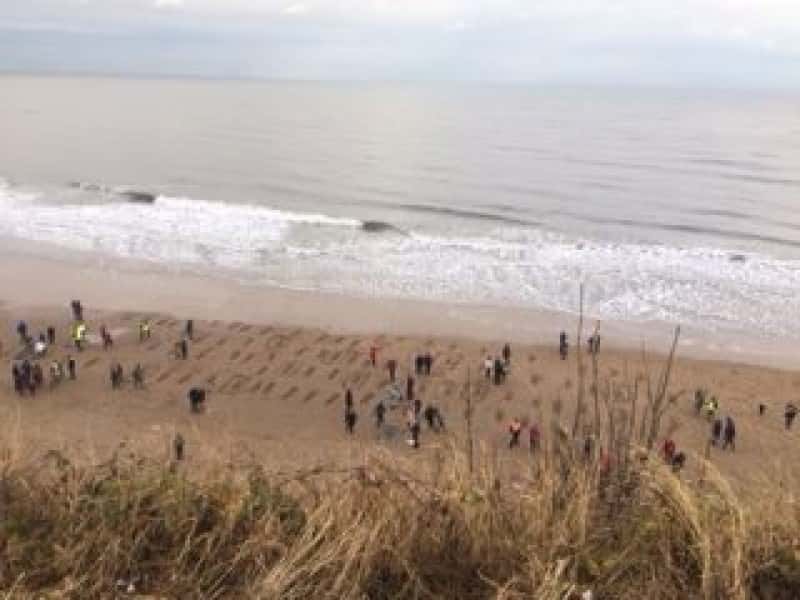 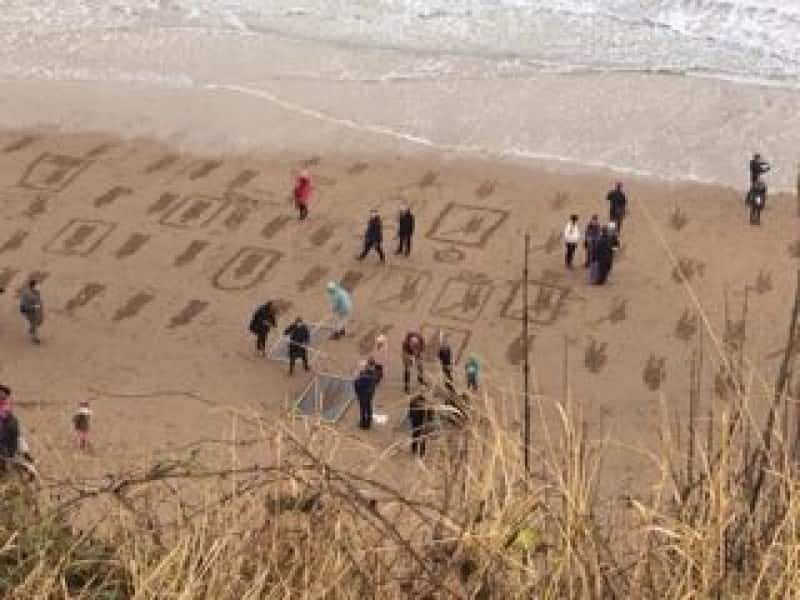 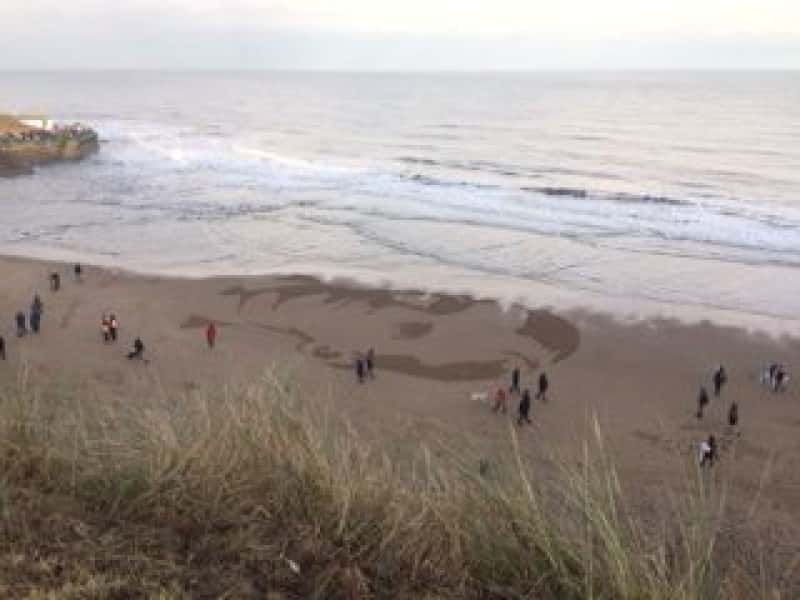 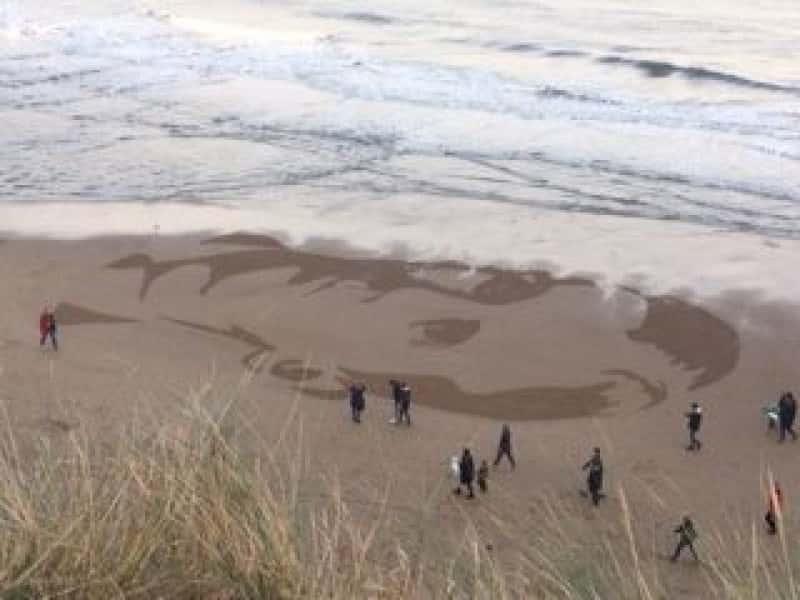 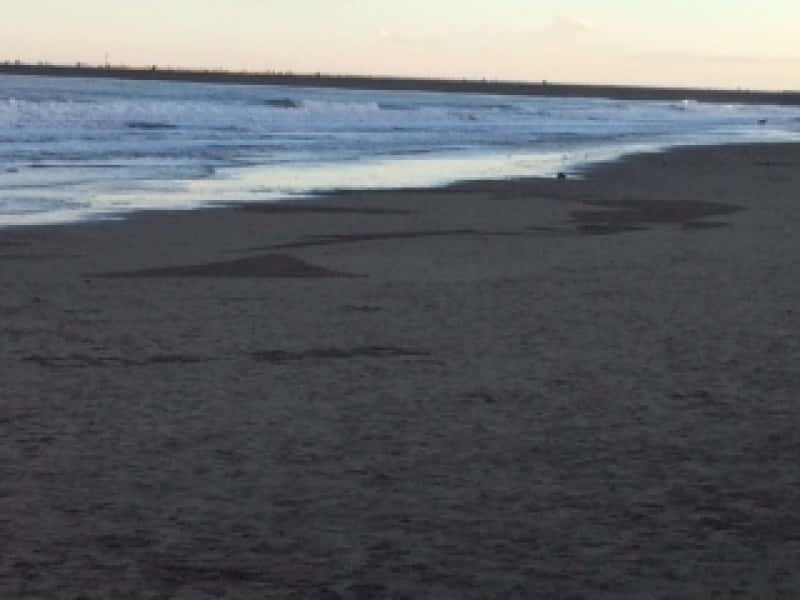 Councillor Graeme Miller, meanwhile, praised the response of young people to such experiences. He said: “They understand that people died for them and the lives that they live today.”

A further chance to remember, as well as educate, was then provided by Danny Boyle’s ‘Pages of the Sea’ event which took place on Roker Beach between 12-3pm.

Roker was one of only 32 beaches across the country to host the portrait of a First World War casualty being etched into the sand before being washed away by the heightening tide.

Helen Green, Head of Performance for Sunderland Culture, explained how the idea came about. Helen said:

“Danny wanted to do something that complemented the more formal, structured events that happen around Cenotaphs that was a commemoration by the people, by the normal people like you or I, and he felt like the beaches around our coast were the last great public spaces in this country.

“So he wanted to do something that would encourage people to come down to the beaches to remember and he came across this organisation that do these amazing stencils of portraits in the sand.”

Each beach involved in the project played host to a different portrait, with each having local relevance to the respective areas.

“Our portrait was of Second Lieutenant Hugh Carr, who came from Houghton-Le-Spring,” Helen said.

Helen also explained the meaning behind the washing away of the image. She said:

“It’s almost like a catharsis. A sort of goodbye, farewell, a way of remembering and then letting go.”

As with the parade, the turnout was superb, with people also able to come down to the beach and create their own life-size images in the sand using stencils. Helen said:

The public were also given the chance to listen to Poet Laureate Carol Ann Duffy’s specially written poem for the occasion, called ‘The Wound in Time’.