Stephanie Brown from South Shields, has made it her mission to help people suffering with mental health issues and give them a place of solace.

In February 2017, Stephanie took on the responsibility of replacing the founder of the charity, Kirk Wilson.

Kirk Wilson set up the charity as a Facebook page in August 2016 and originally named the charity Cliff Angels. When Kirk needed to focus entirely on his new career, Stephanie had no doubts about stepping in.

When asked why Stephanie decided to become such a huge part of this charity, she said: “I’ve been surrounded by people with mental health issues all of my life, and have suffered depression myself in the past.

“I have found over the years people naturally talk to me about their feelings, so I thought I’d put my life experience to good use.”

In April 2017, Stephanie started her mission. She organised a ‘fun day’ for people to attend, with the intentions of making the charity more proactive.

The fun day was a huge success. The Mayor, St. John’s Ambulance Service, the TA and the local fire brigade all took part in making the day as triumphant as possible.

£3000 was raised in aid of Talking Angels and the success of the day has now allowed members of the charity to have social get-togethers with volunteers.

Alan Calder, a member of the Talking Angels Facebook page, has shared his thoughts and feelings about the charity:

“If it hadn’t of been for this page, I think I would have found everything a whole lot harder than I did. The few people I have met from Talking Angels have been great, I hope it continues to help the people who need it.”

Stephanie Brown has managed to do all of this in under a year. For people struggling during the holidays, she has gave some advice:

“Take time out for yourself, learn how to relax properly. It has a hugely positive effect both physically and mentally.” 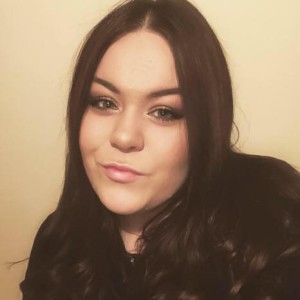