Hundreds of protesters gathered in Newcastle city centre on February 20, 2017 to “Stand up to Trump” and his policies. 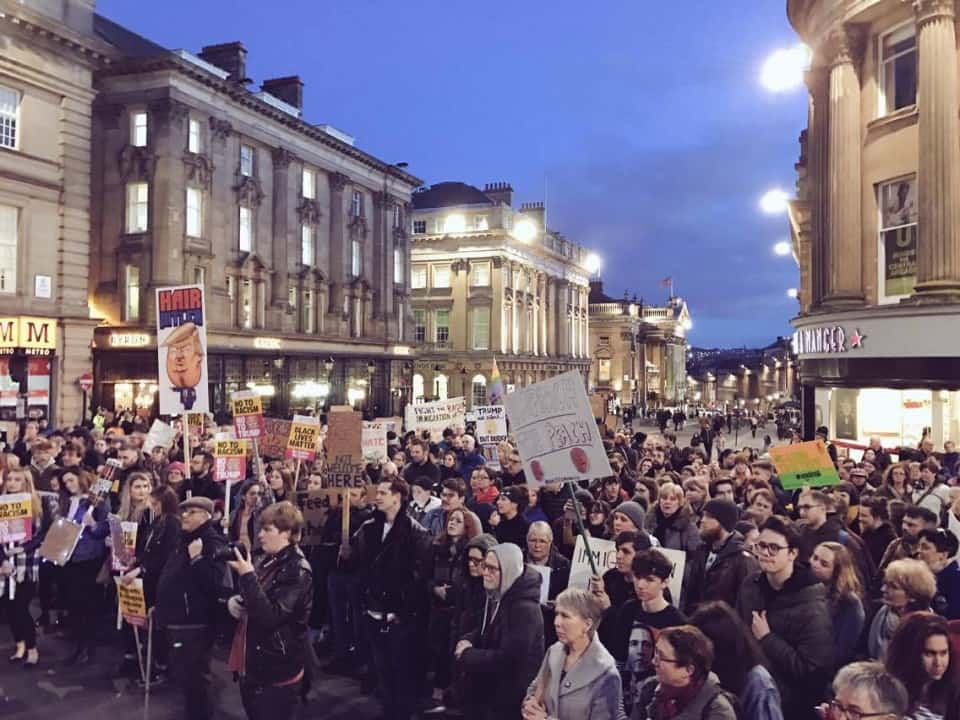 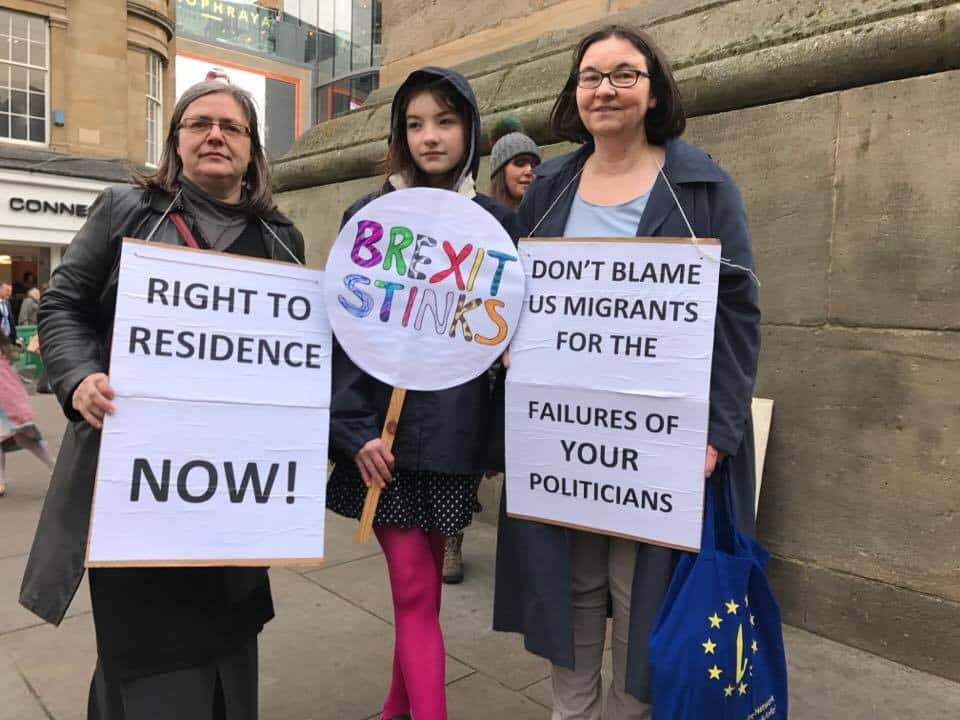 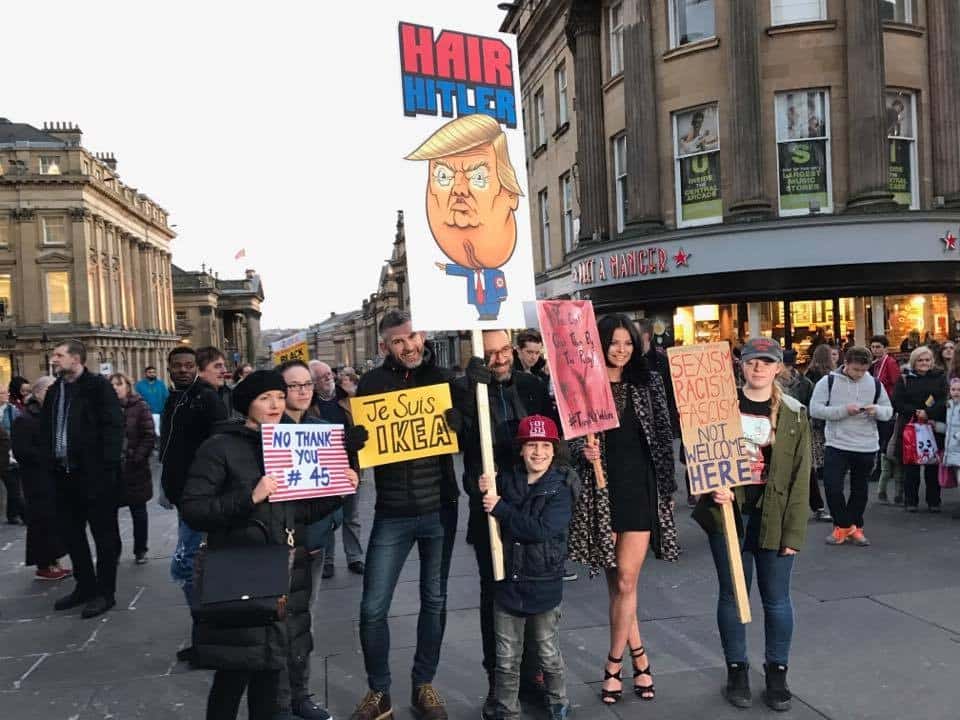 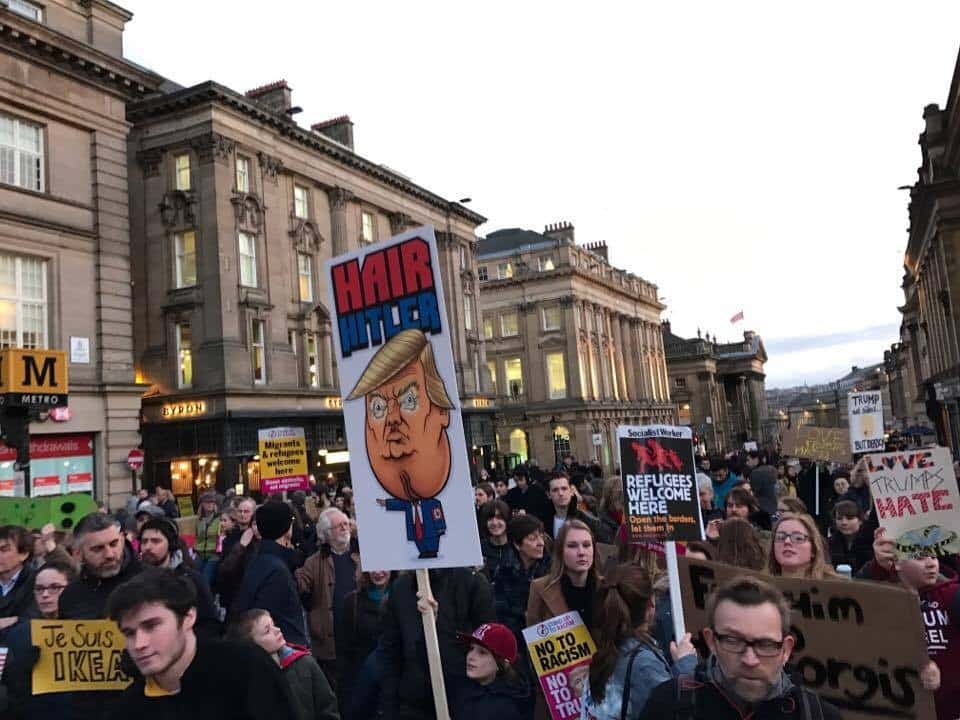 People sent their messages against the President of the United States of America, saying no to Islamophobia, racism and sexism.

The protest was called by Newcastle Unites and supported by the North East People’s Assembly, Newcastle Stop the War, Stand Up to Racism North East and the Newcastle Palestine Solidarity Campaign.

A number of speakers attended the event, including Kathy Taylor representing Newcastle Unites and Shumel Rahman of North East Friends of Al Aqsa.

On the same day, Parliament debated on two petitions.

One, which attracted over 1.8million signatures, calling for the state visit to be cancelled.

The other, demanding that Trump’s state visit go ahead.

The Government rejected the petition to cancel his visit – meaning he will come to the UK for his official state visit.

Did you attend the protest? If so let us know on Twitter @SRNewsNow.