The National Hate Crime Awareness Week started on October 8, the week of social media activity that aims to provide a greater understanding about what constitutes hate crime by getting people to talk about it by using the twitter hashtags such as #StopTheHate, #NHCAW, and #BeingYou

Hate crime can occur in lots of different ways including violence, theft, criminal damage, harassment and threats or offensive language. Hate crime affects people in different ways and can have significant impacts on the victims, their families and their communities.

The campaign will aim to increase awareness among the public around what hate crime actually is, with a view to encouraging reporting from both victims and witnesses.

As well as this, the campaign hopes to provide people who have experienced or witnessed hate crime with information and guidance on the support available local to them.

Hate crime can be racially motivated, transphobic, or target a person’s sexual orientation, religion or a disability. Each day’s social media activity will feature human stories showing how hate crime can be stopped.

Northumbria Police takes hate crime very seriously and actively encourages people to report it. There has been an increase in the number of reports of disability hate crime and this increase is believed to be down to more confidence to report to police, alongside the availability of other support networks such as Safe Reporting Centres and True Vision.

Baird said: “I give my 100 per cent full support to Hate Crime Awareness Week. There’s no place in our society for intolerance and prejudice and let’s be clear – it will certainly not be tolerated by Northumbria Police.”

Northumbria Police works with groups from across the region to raise awareness in hate crime all year round. Activities this week includes; Attending community meetings, holding drop in sessions, running education inputs at schools, holding a social media Q+A sessions and taking part in local activities and initiatives.

Baird added: “This week is all about engaging with all members of all our communities, to raise awareness and highlight all the support that is on offer throughout the force area.

“It really is important that all victims have the confidence to report hate crimes, if not to the police, to one of our partners.” 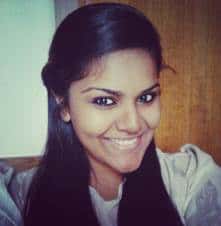