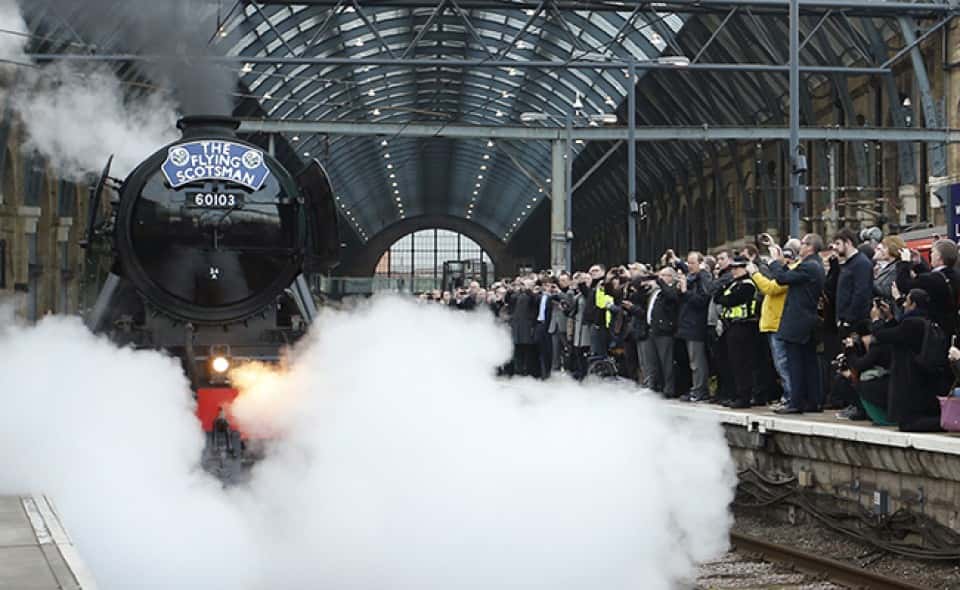 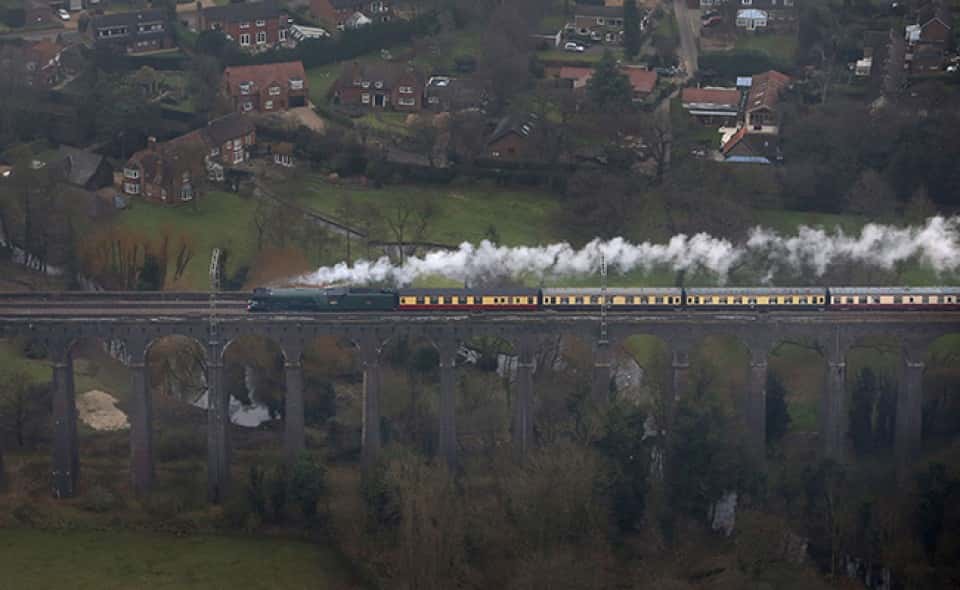 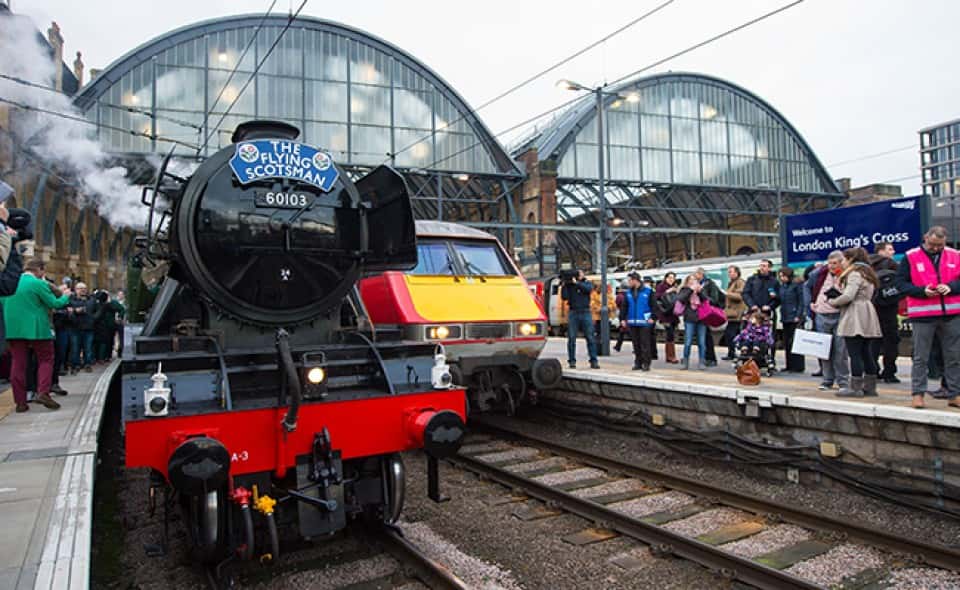 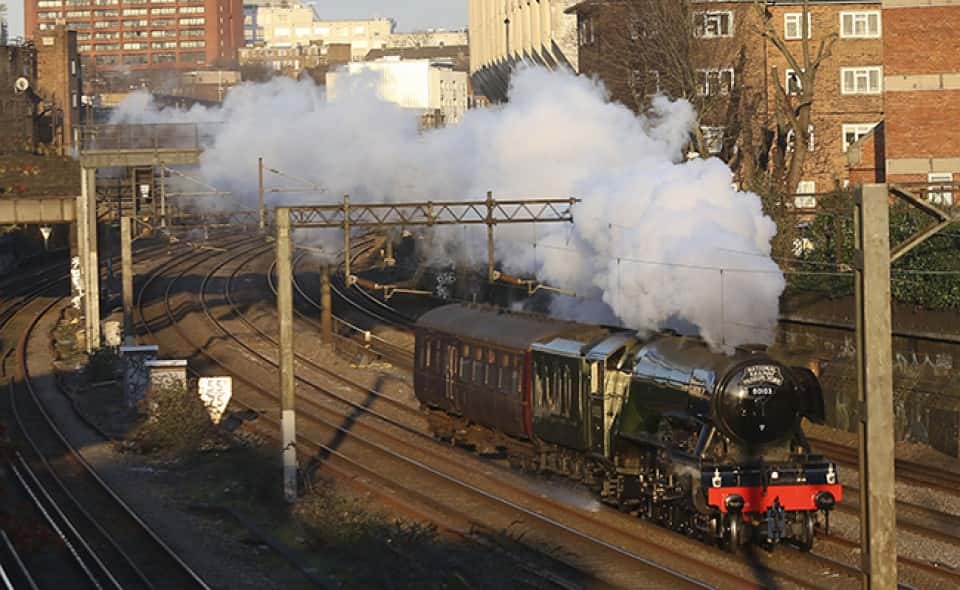 The train departed King’s Cross Station at 7:40am today (25 February) on schedule but was held up near St Neots as people were standing on the track to catch a picture of the iconic train.

Thousands of people have turned up all along the route that the Flying Scotsman is travelling to see the spectacular train in person.

Passengers on board have paid up to £450 for the experience of travelling on the legendary train.

The Scotsman has officially returned to the East Coast Main Line to launch a season celebrating its return to the track. The locomotive is being showcased alongside the modern ‘Flying Scotsman’ with a brand new interior.

The Virgin Trains Flying Scotsman express service will take passengers between London and Edinburgh in just 4 hours; around half the time it would take for the original steam train.

David Horne, Managing Director of Virgin Trains on its East Coast route, said: “The Flying Scotsman has an incredible history. It was the first locomotive to reach 100mph in 1934 and, in the pre-war era, it symbolised speed and style – service qualities which remain important to our customers today”.

The original Flying Scotsman will be on display in the National Railway Museum in York until March 6.