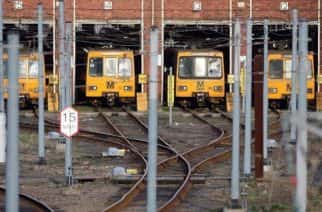 12th May 2017 by Christopher Erswell 0 comments

Metro commuters could face chaos in August as work gets under way to demolish and replace the Metro Bridge at South Gosforth. The bridge, originally built in the 1860s, is beginning to show its age and the decision has been made that it needs replacing. This could cause chaos for commuters and motorists […]