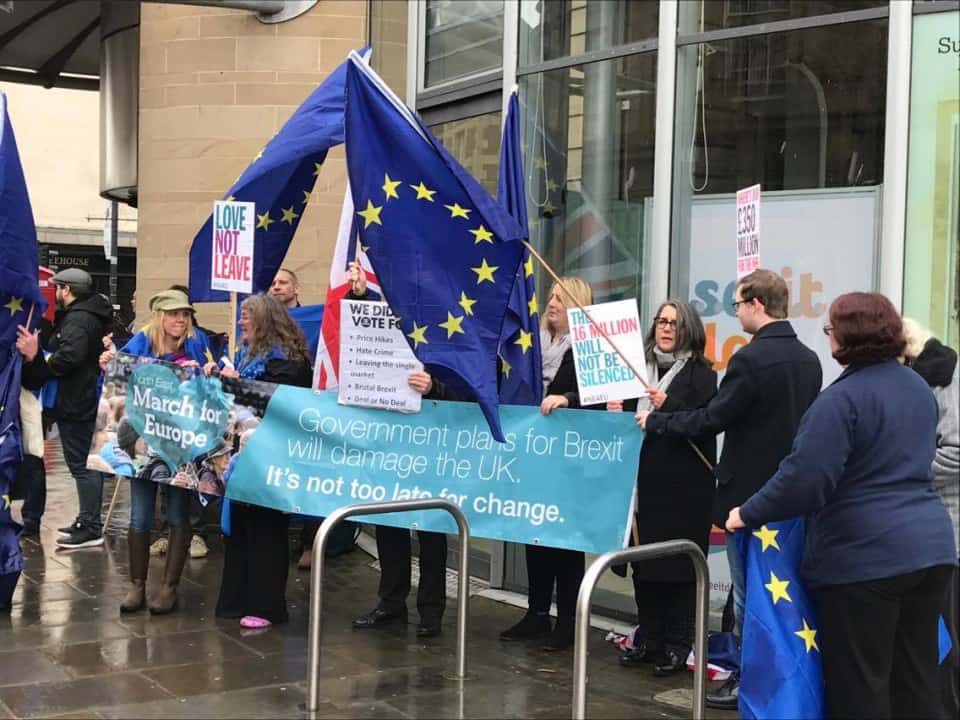 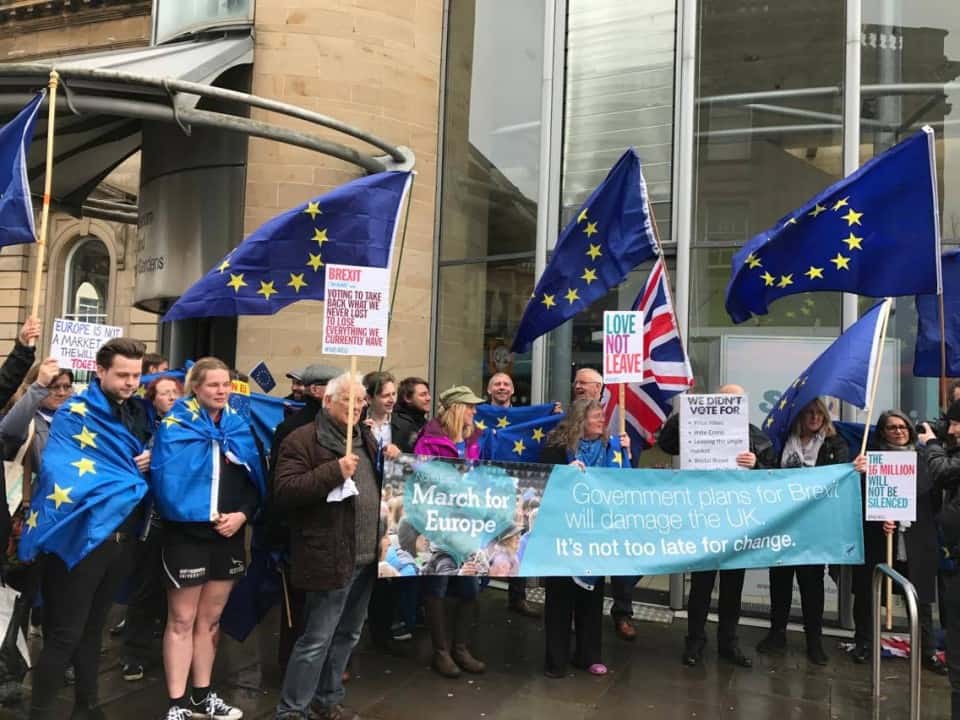 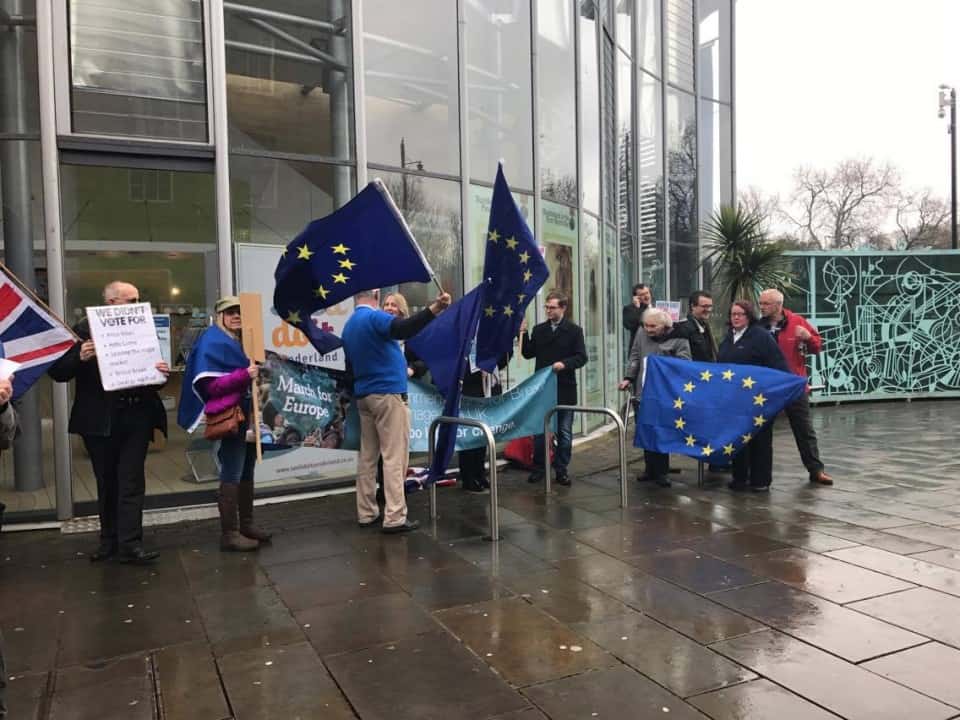 Protesters have flown numerous EU flags outside Sunderland’s Museum and Winter Gardens to show their support for the Remain campaign.

Many people gathered at the cultural landmark in the city centre to mark Brexit Day – the day the Prime Minister (PM), Theresa May, formally triggered Article 50.

The aim of the march was to remind the PM that a close margin of people voted to Remain on June 23, last year.

It also took place as protesters wanted to celebrate the city of Sunderland and the North East as well as what the EU has done for the region.

Representatives from various campaign groups, regional councillors and staff from the University of Sunderland’s Student Union joined the protest.

Watch a video of the protest below: