A group of around 20 protestors held signs condemning the 2016 Christmas Camel Parade taking place in South Shields on December 2. 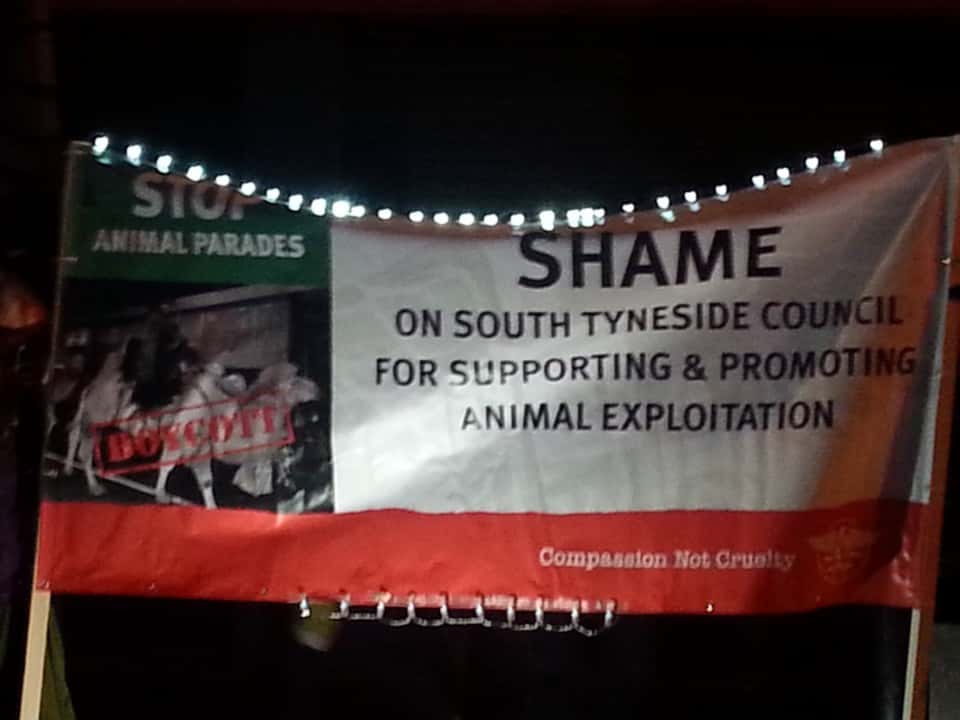 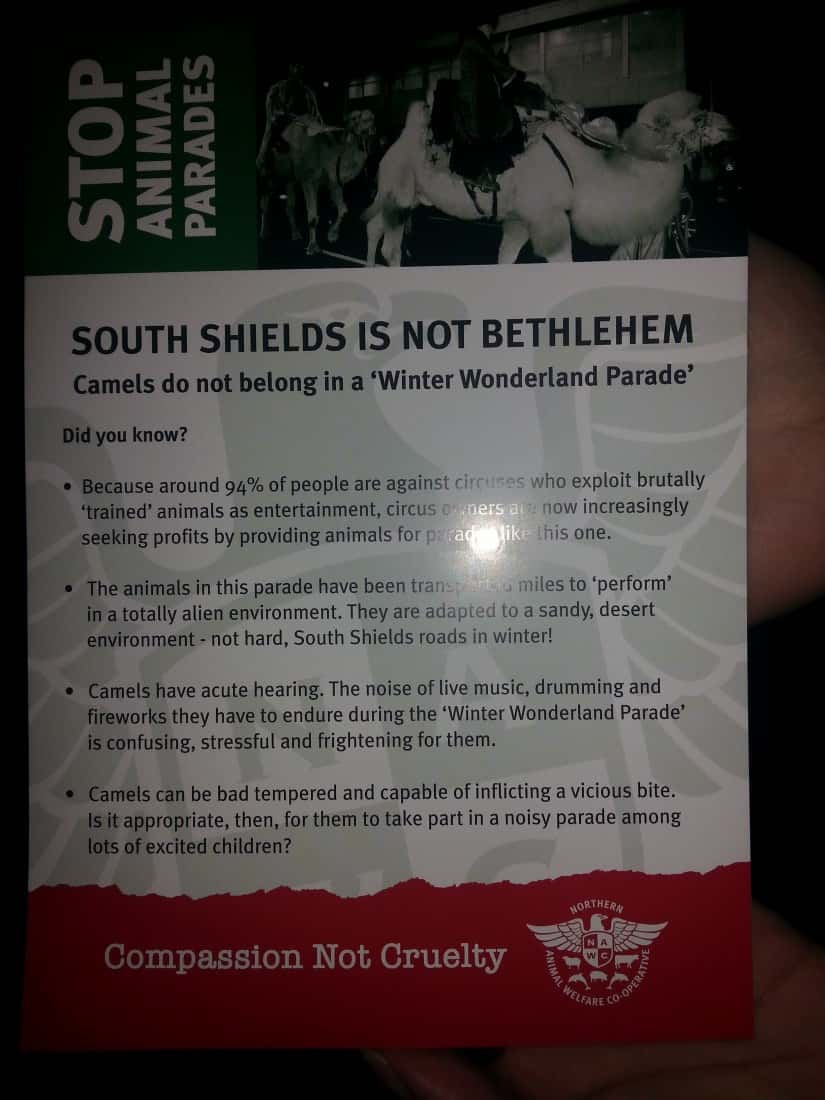 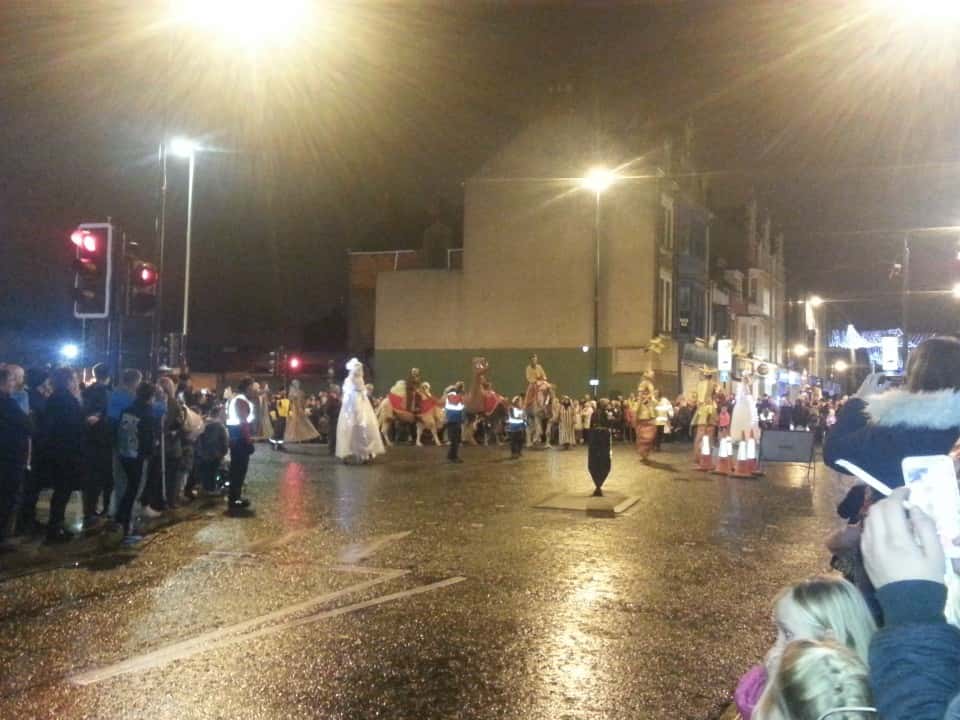 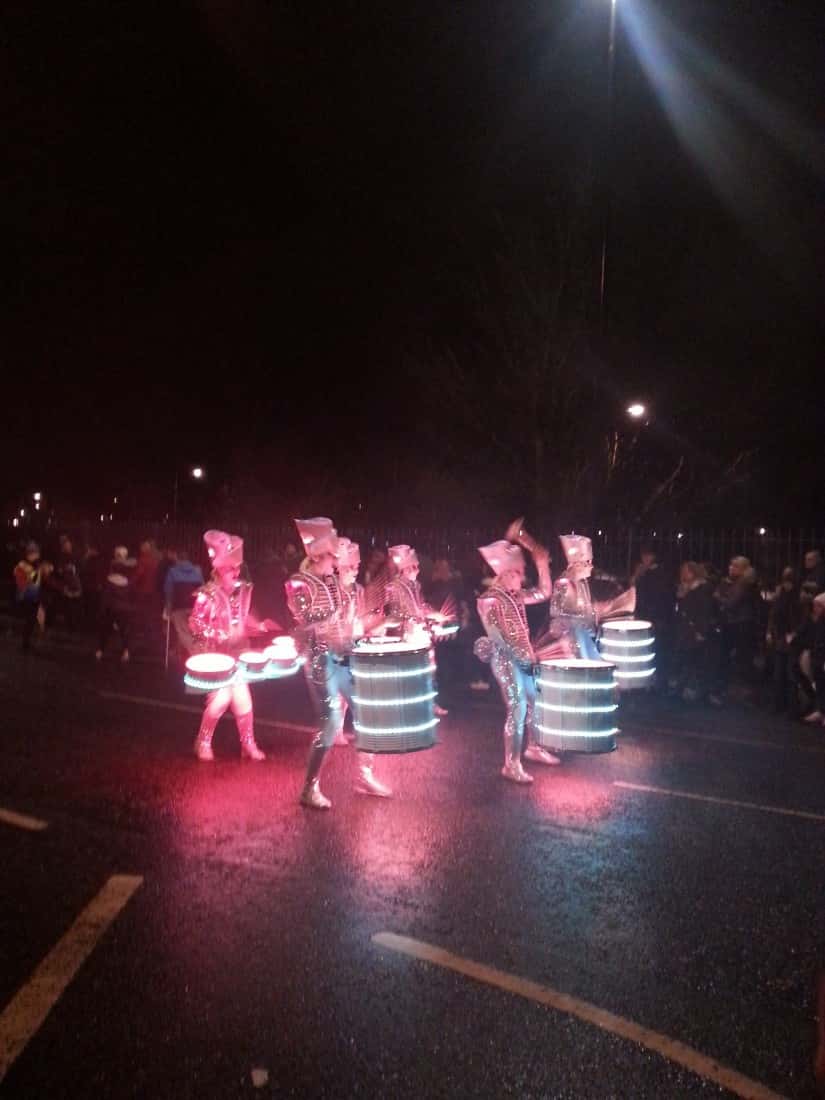 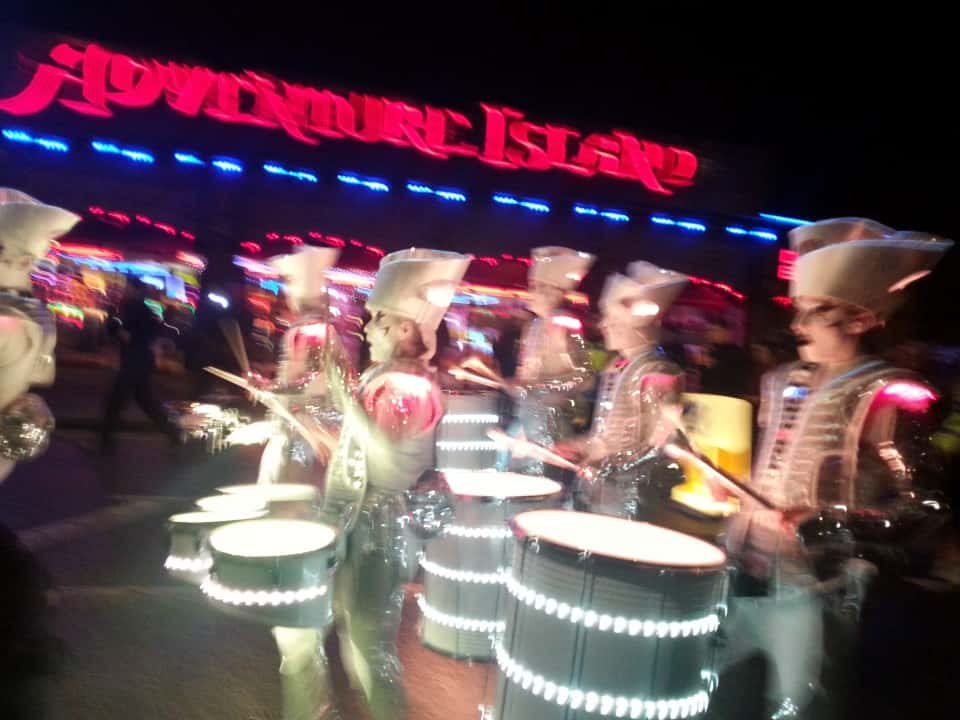 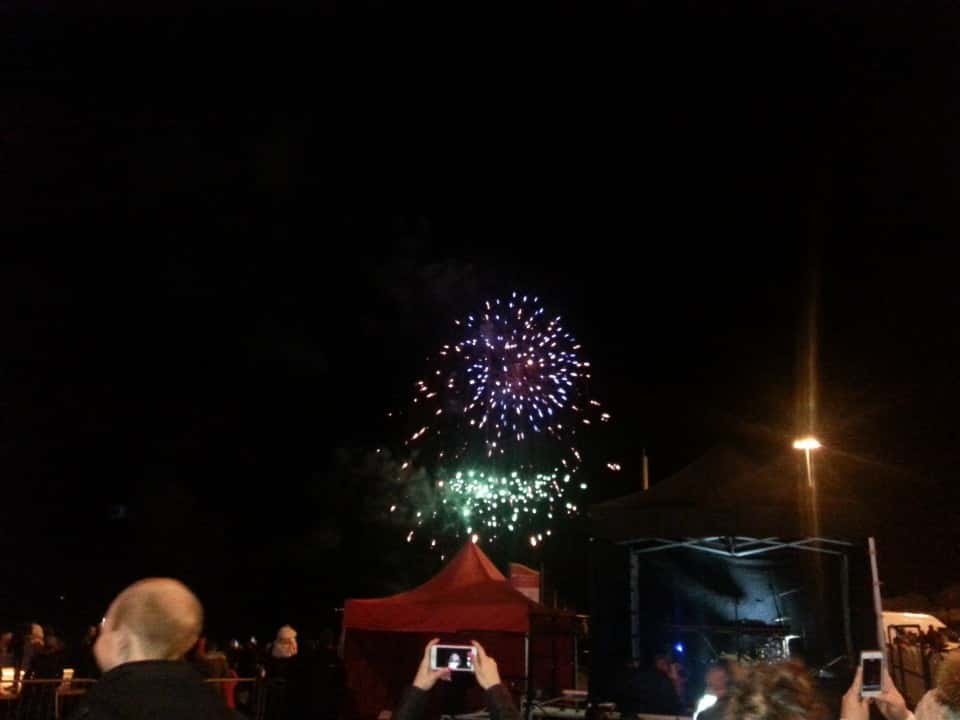 NAWC protestors distributed flyers among the crowds saying “South Shields is not Bethlehem” and “How can the streets of South Shields possibly be a ‘Wonderland’ for a sun-loving, desert animal?”

A South Tyneside Council spokesperson said that the welfare of the camels is of primary importance to them.

“The camels come from a long line of domesticated animals living in the UK, and far from being wild and reclusive, they are intelligent and naturally curious. They are well looked after by their handlers who have more than 40 years’ experience,” The spokesperson said.

NAWC spokesperson said about Tyneside council: “They’re not listening to us. They’re not even having one reasonable discussion with us,

“It’s not about how well the animals are treated or how warm they are, it’s the fact that animals are not for entertainment. It’s pure exploitation,” she added.

Despite the protests and the rain hundreds of people showed up at the parade.

The parade included shows from the drumming band Spark and singing band Rose Parade and finished with a firework show.