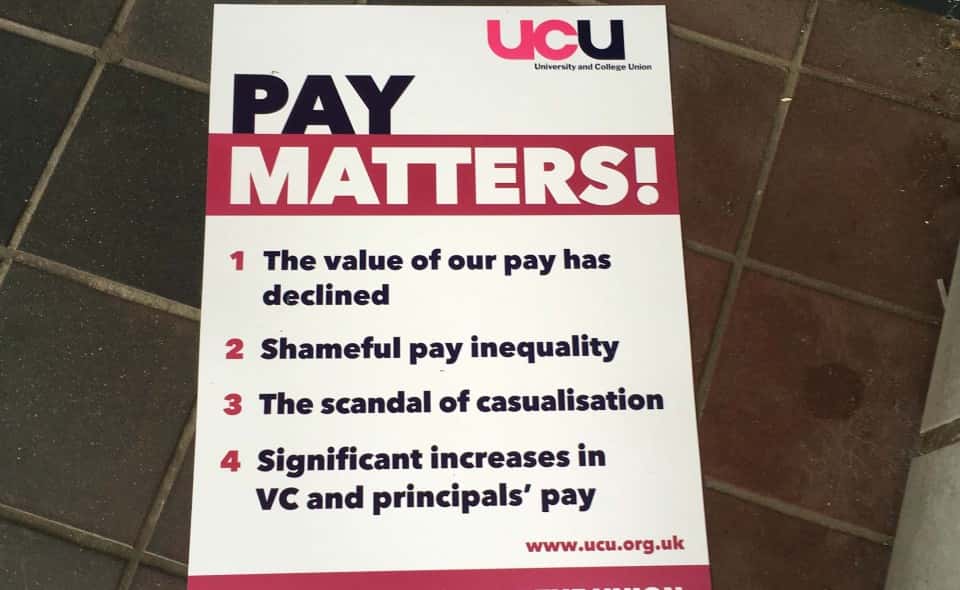 Pay Matters Sign.
A sign illustrating that pay matters. It shows the four issues that the UCU members are striking about. Pictured on 25.05.16/by Sophie Dishman. 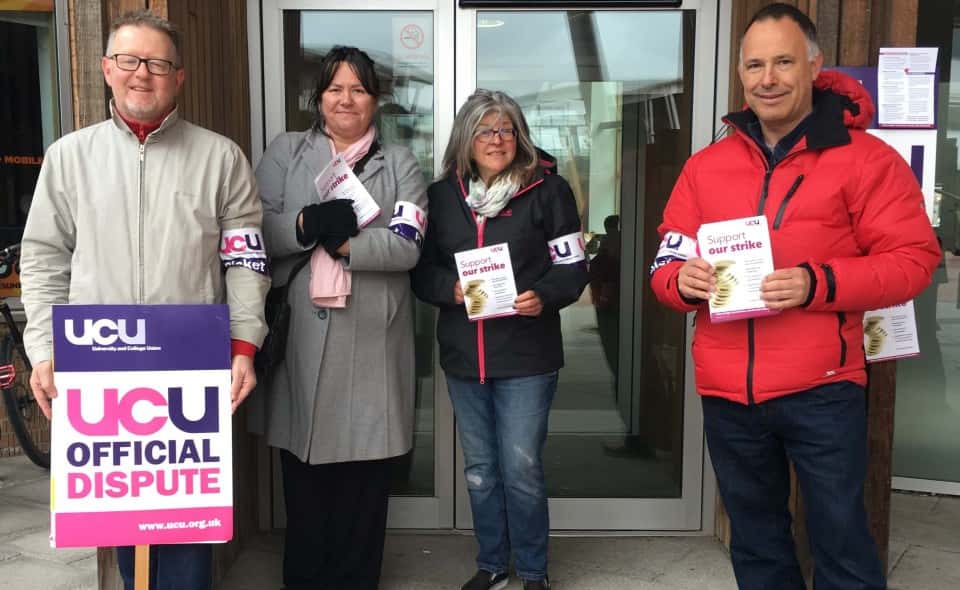 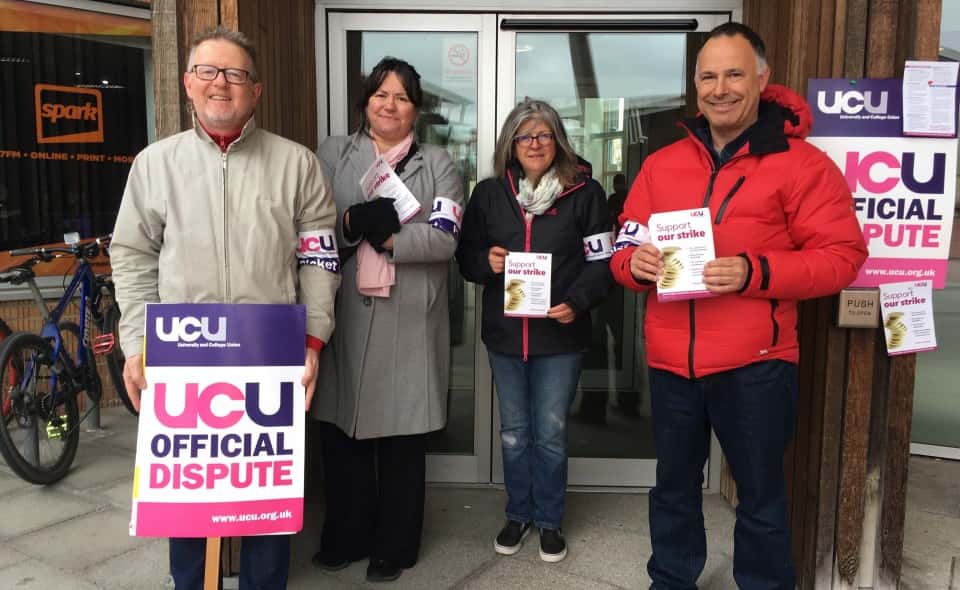 By Daniel Park and Megan West

University staff throughout Tyne and Wear have risen up against their 1.1 per cent pay resulting in a 48-hour strike from today (Wednesday, May 25).

Members of the University and College Union (UCU) will also refuse to work overtime, set additional work, or undertake any voluntary duties such as covering timetabled classes for absent colleagues.

The strike is hoping to address gender equality issues throughout universities across the country in a bid to resolve the gender pay gap.

Some students are aware of the dispute, Bethany-Jane Elsey, a broadcast journalism student at the University of Sunderland, said: “Apparently there is an inequality between men and women which I think in this day and age is disgraceful.

“If they are going to try and do something to combat that then it’s good.”

The 21-year-old added: “But it shouldn’t affect student teaching. So if lecturers are striking when they should be teaching I don’t agree with it at all.”

If the dispute is not resolved in the coming weeks, members have agreed to further strike action until an appropriate contract can be produced.

If not resolved it could also affect open days, graduation ceremonies and the clearing process for students.

The union is also beginning preparations for a boycott of the setting and marking of students’ work to begin in the autumn.

Sally Hunt, UCU general secretary, said: “A 1.1 per cent pay offer is an insult to hardworking staff, especially in light of the 5 per cent pay rise vice-chancellors have enjoyed while holding down staff pay.

“Members have made it clear that they won’t tolerate a continued squeeze on their income, pay inequality and the increasing job insecurity blighting the sector.”

Steve Cannon, a senior lecturer of film studies, also expressed his discomfort with the fact that he has “had a 15 per cent decline in pay since 2009”.

The protest will take place in Newcastle tomorrow (Thursday, May 26).

In many cases staff are being payed less to do more within their university community and have said they will stand for it no longer.

Unite, which has around 12,000 members in the higher education sector, said it was consulting on the possibility of joining the action.

A ballot closes on June 6.

National officer Mike McCartney said: “We are calling on Unite members to reject the offer on the table.

“They have seen their pay slashed over recent years, while many university bosses are raking in more than the Prime Minister.

“Clearly there is unfairness in the pay system and that hurts our members who are mainly technicians, porters and cleaning staff without whom universities would not function.

“These are the workers who are the key to providing a good student experience.”

So far nothing has come from the withdrawal of some staff’s services and employers continue to refuse to increase their pay offer which they say is reasonable.

A University of Sunderland spokesperson said: “The University is committed to offering the best possible student experience and we have plans in place to ensure any disruption is kept to a minimum.

“There is no intention to close any part of the University as a result of this national industrial action.

“We hope the dispute will be resolved quickly, in the meantime we will continue to keep students and staff updated.”