Newcastle City Council is set to lose £593m from its housing budget after a Government imposed 1 per cent social housing rent reduction.

Lib Dem Councillor, Greg Stone, has warned the councils assertions should not be taken at face value.

According to Coun Stone, tenants are supportive of the reduction and would prefer it to increase.

He said: “It’s extraordinary they seem to be supporting this unnecessary increase on council tenants, many of whom are on low incomes.”

Council deputy leader Joyce McCarty (Labour) stated the council is standing up for tenants and stressed this reduction will only be a short term benefit and will be disastrous for them in future years.

Coun Stone says this loss of revenue should not impact any services provided to tenants given there is an existing surplus in the councils Housing Revenue Account.

He said: “We think this is grossly overstated by the council. However, we do recognise that other changes in government housing policy, particularly the Housing and Planning Bill, will potentially affect availability of funding for new council and housing association builds.”

The rent reductions are outlined in the Housing and Planning Bill which is set to become law in April.

Coun McCarty claims this forced reduction is a policy enforced by a Conservative government that is out of touch with the region.

She added: “The Liberal Democrats are complicit in all the Tories do as they have propped them up for the last five years.”

Neil Scott, Tenancy Services Director of Your Homes Newcastle, said the revenue loss would impact heavily on the modernisation and upgrade of council properties.

He added: “The rental income paid by tenants forms the major part of the Housing Revenue Account and it is from this pot of money that repairs, stock improvements and services are paid for.

“As a consequence of these reductions, we have worked with the council to consider where savings can be made.

“The biggest impact is on the capital programme, which pays for modernisation of and upgrades to properties. By reducing investment in some areas, or undertaking works over a longer time period, we have reduced expenditure by around £28m over the next four years.

“For the next three years we have also reduced the sum Newcastle City Council pays to us to manage its properties.”

There will be a reduction of 1 per cent every year for the next four years and will strip £40m from the housing budget over that period.

The council owns 26,020 council homes and had previously agreed a 2.2 per cent increase for the last financial year. It had also planned a 3.1 per cent a year rise over the next ten years.

Only those who fund all or part of their rent from their own income will benefit from a small reduction in their weekly rent payments. 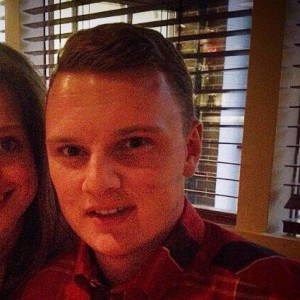