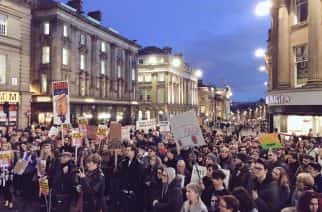 Hundreds of protesters gathered in Newcastle city centre on February 20, 2017 to “Stand up to Trump” and his policies. People sent their messages against the President of the United States of America, saying no to Islamophobia, racism and sexism. The protest was called by Newcastle Unites and supported by the […]