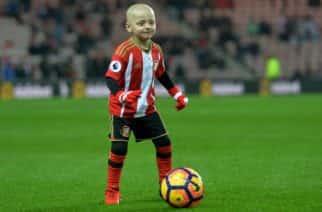 A woman from Darlington has created a petition for the new Wear Crossing in Pallion to be renamed as Bradley Lowery Bridge. Sarah Jane Wilkinson got the idea after watching the five-year-old youngster on television and with his “best friend” Sunderland AFC star Jermain Defoe. Bradley, who is from Blackhall in […]

Police investigating a sexual offence in Sunderland are appealing for information. It follows an incident which happened at 10.55pm on Monday, February 8, at the junction of Pine Street and Well Street in Pallion. A man approached a woman and made inappropriate comments before trying to touch her. He is described […]