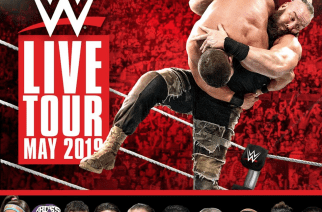 WWE to return to Newcastle Utilita Arena in May 2019

The WWE (World Wrestling Entertainment) have announced that they will be performing in Newcastle at the Utilita Arena on May 11, 2019, with a host of superstars set to feature. Utilita Arena made the announcement following 2018’s successful show, which was a sell out amongst fans across the North-East.  Tickets […]