A recent report has ranked Sunderland number five in the UK’s top 10 most unhealthy high streets.

The report, published by The Royal Society for Public Health, takes a number of factors into account including the number of leisure centres, betting shops and museums that the high street has to offer.

Each outlet comes with a score attached which can either add or minus points: for instance, high-cost lenders incur minus four points.

See our map of the 10 most healthy and unhealthy high streets across the UK:

The report does have some positive news though: in the past three years, the number of payday lenders has reduced by a third from 493 in 2015 t0 327 in 2018. The same can not be said for fast food chains as they have shown an 8 percent increase.

The North East fared worse in the 2015 report, when Middlesbrough was ranked at number two in the most unhealthy streets.

“I’ve visited other big cities recently and I do genuinely think they are worse than ours for litter and I do wonder about the evidence and methodology for these surveys.

“Having said that, and as the society notes, this council and others across the country need more freedom, more powers, and extra resources to make more positive influences on high streets and local communities.

“We all want to see a cleaner, greener, and healthier city, and the council and its partners do their upmost to achieve this. What’s just as important is everybody – residents and visitors – can help keep our city tidy.

“The council continues to invest in our city’s infrastructure and improve the investment climate to help create jobs and attract new business. But, as the society goes on to say, councils up and down the country have ‘one hand tied behind their backs’.” 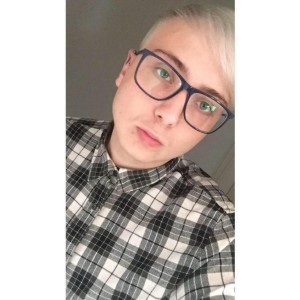 Broadcast Reporter for Spark Reports Listen to me! On SoundCloud