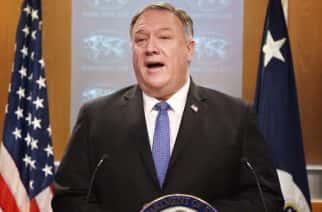 DONALD Trump’s Secretary of State Mike Pompeo has told reporters: “There will be a smooth transition to a second Trump administration” – even as world leaders have been queueing up to congratulate President-elect Joe Biden. Ignoring entirely the apparent election defeat for his boss, Mr Pompeo said: “We’re ready. The world […]