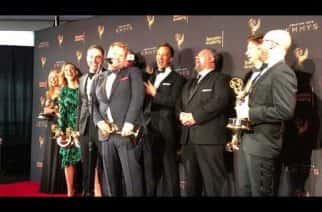 James Longman, who graduated with a degree in Media and Communication in 1998, received the accolade at the Emmy Awards which took place in LA last weekend (9-10 September 2017). James relocated to LA to work on the American late-night talk show in December 2015 and was honoured last year […]