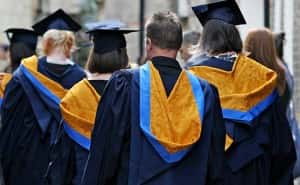 North East graduates are the most likely to say they regret going to university because of the amount of their student debt, according to two surveys by Aviva. The two surveys also found that 18 to 35-year-olds in the region are also most likely to believe they could have achieved what they have without going […]