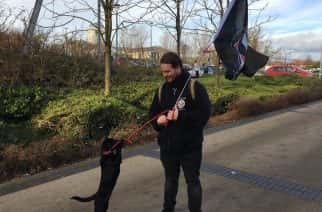 Anti-facist protests were spotted outside of Sunderland’s Glass Centre upon the arrival of Prime Minister Boris Johnson and his cabinet. Johnson and major members of the cabinet meet ahead of the impending Brexit day deadline, mere hours until the United Kingdom officially leave the European Union. One protestor in particular, […]