Two barbers in Newcastle have expressed alternative views about how the coronavirus crisis, though they have agreed it will affect them substantially in the near future.

Businesses such as barber shops have been advised through Government guidelines to “frequently clean and disinfect objects and surfaces that are touched regularly”. However, they may find it difficult to “work from home, wherever possible” and subsequently many self-employed workers have been left to make the most difficult decision of all: whether or not to remain open. 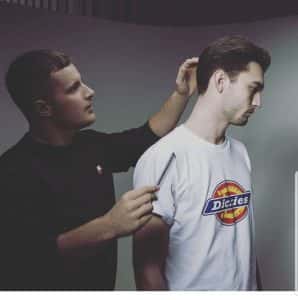 Jamie Copeland, 24, a mobile barber from Wallsend said: “It’s worrying times but for me I count myself lucky because I’m a one man band. I haven’t got staff’s mouths to feed, I haven’t got any rent to pay because I’m mobile. I’ve just accepted at some point I’m going to lose all my work. I’m going to treat it as a bit of a holiday. There’s nothing else you can do. Everybody’s in the same boat so you either whinge about it and let it get you down or just crack on. As long as you’ve got a little bit of money behind you I think you’re one of the lucky ones.”

Steven Compton, 41, runs a barber shop in Byker. He said: “We’ve been a bit busier than normal, as people are treating this as their last haircut. Yesterday stood out quite a lot. There was an old fella, I’ve cut his hair for 16 or 17 years. He’s followed me wherever I’ve went. He’s 92 and just wants to carry on, but he was milling around outside the shop. He didn’t know whether to come in, he was scared to come in because there were other people waiting. I went outside and spoke to him, and he was worried. It’s quite sad and upsetting.” 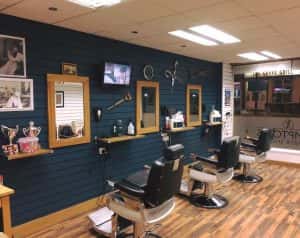 “If you have a premises the Government will give you a grant which is set out to pay your rent and utility bills. Within that we’ve got to pay our employees, and I’m hoping there going to do something to give us help to pay employees separately. If we’re on lockdown for three months it’s not sustainable. I’d have to go into my own pocket and go into debt through that. My business has never had to get a loan through the 13 years I’ve been running it.”