Gateshead City Council and developers ASK: PATRIZIA have recently set out plans for the redevelopment of Gateshead Quays which will include an arena complex worth up to £260m.

According to Gateshead Council, the venue which they hope would be completed by 2023 will be located directly opposite the Gateshead Millennium Bridge. It would act as a replacement for the Utilita Arena and incorporate a state-of-the-art, 12,500 capacity arena, an international convention and exhibition centre as well as hotels, restaurants and leisure facilities.

They say the project is about “creating a vibrant new events destination on the banks of the River Tyne waterfront” and will “boost the regional economy by over £29.5 million annually in future years.”

After it was revealed by the Chronicle earlier in the week that residents at Baltic Quays are unhappy about the plans, both Gateshead Council and ASK: PATRIZIA have responded. 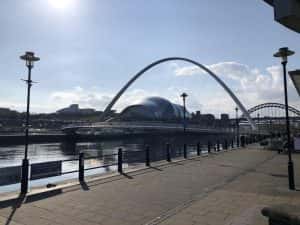 A spokesperson for Ask:PATRIZIA said: “We will consider all of the feedback and continue to work with stakeholders to ensure that our plans help to create the most suitable development for the area; a development which will play an important part of the ongoing economic growth of Gateshead, Newcastle and the wider North-East Region.”

“We are now working towards submitting a formal planning application to Gateshead Council, at which time we make further announcements in the local and regional press.” 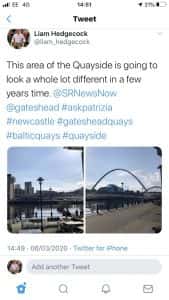 However, among a group of Quayside residents who are unhappy, Brain Dowling said: “The irony is that I actually really like the rest of the plans but the hotel is going to block out all natural light to my home which obviously is of great concern.”

“I could have lived in a tower block anywhere but I bought it for the view, I think the hotel is absolutely vile.”

A fellow resident, Peter Nilsen said: “The development looks lovely but the hotel is a monstrosity. If it gets built I wouldn’t be able to sell my apartment.”

A spokesperson for Gateshead Council said: “The potential impacts of a proposed development on private views is not a planning consideration. Ask:PATRIZA is expected to submit a formal planning application in the coming months.” 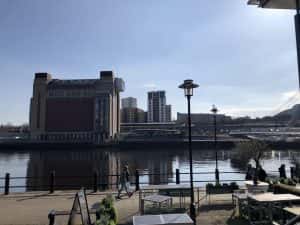