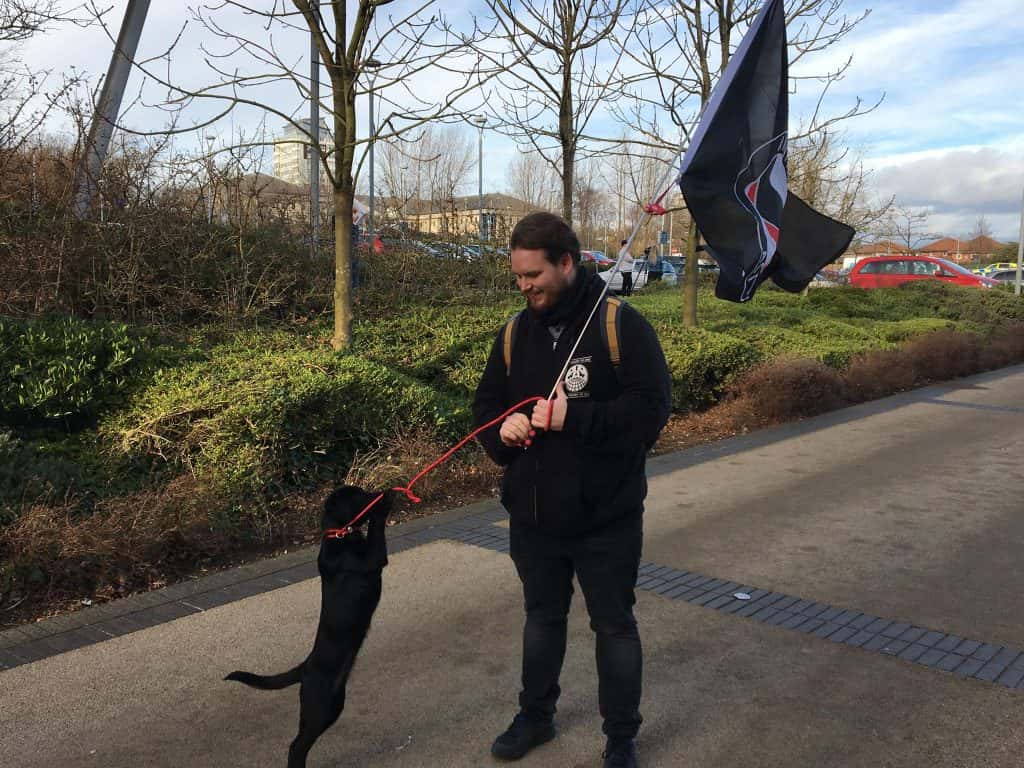 Anti-facist protests were spotted outside of Sunderland’s Glass Centre upon the arrival of Prime Minister Boris Johnson and his cabinet.

Johnson and major members of the cabinet meet ahead of the impending Brexit day deadline, mere hours until the United Kingdom officially leave the European Union.

One protestor in particular, an Antifa activist named Adam, was protesting the Conservative government and Boris Johnson. Adam made it clear that his position was not against Brexit, but the politics of austerity the current government have brought to the country. Adam stated that we “need to realise austerity is not over, and must look to help those in need”.

Adam and his dog, Loukanikos, have protested the Conservative government under David Cameron and Theresa May, as well as recent protests against the current leadership under Johnson.

Considering the presentation of Brexit in the current political climate, Adam stated that the process was represented as “vitriolic and racist”, yet also explained that he found the European Union “anti democratic” but added that “If people get hurt, then I care for Brexit” and that there is an important need for “a large body to make decisions internationally”.

There is no registered number of how many people are apart of Antifa, a worldwide protest group that look to protest government groups they deem to hold facist ideologies. Adam is one of many members, there as a bastion of anti-facist presence. He was keen to point out that he “doesn’t care if Boris sees him or not”.

With the next five years set to feature a strong Conservative majority, Adam suggested that activism, organised protests and caring for those in need is the best way to combat an issue that he deems comes from a “camp of racists”.

Johnson is set to address Brexit Day in a pre-recorded speech, which will release at 11pm tonight.