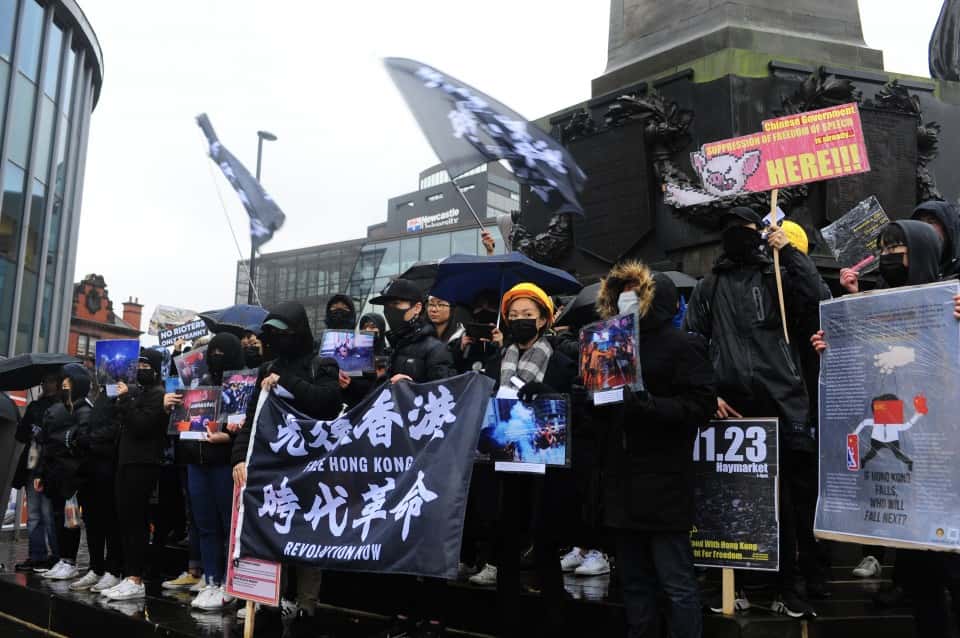 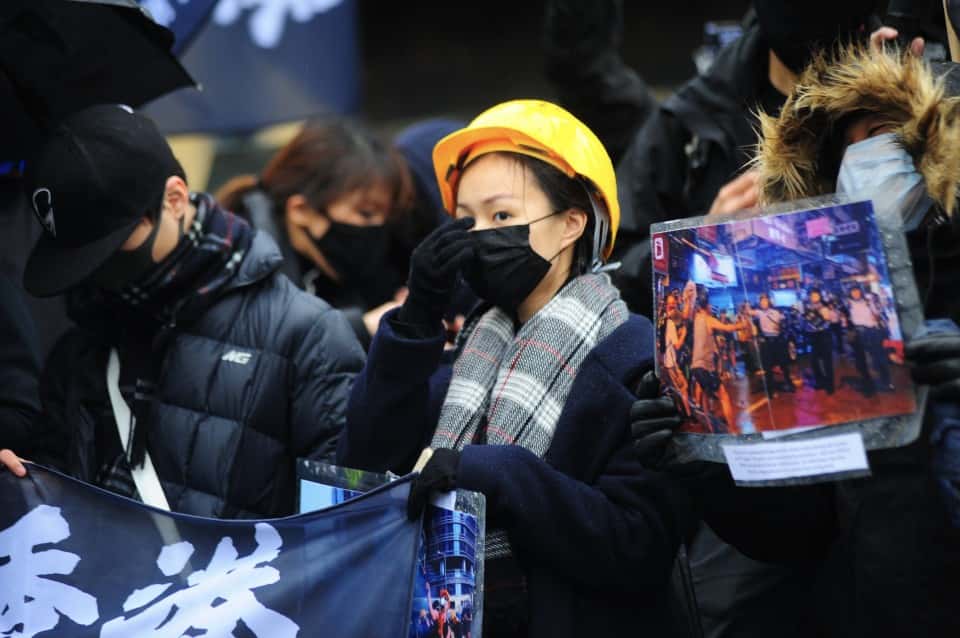 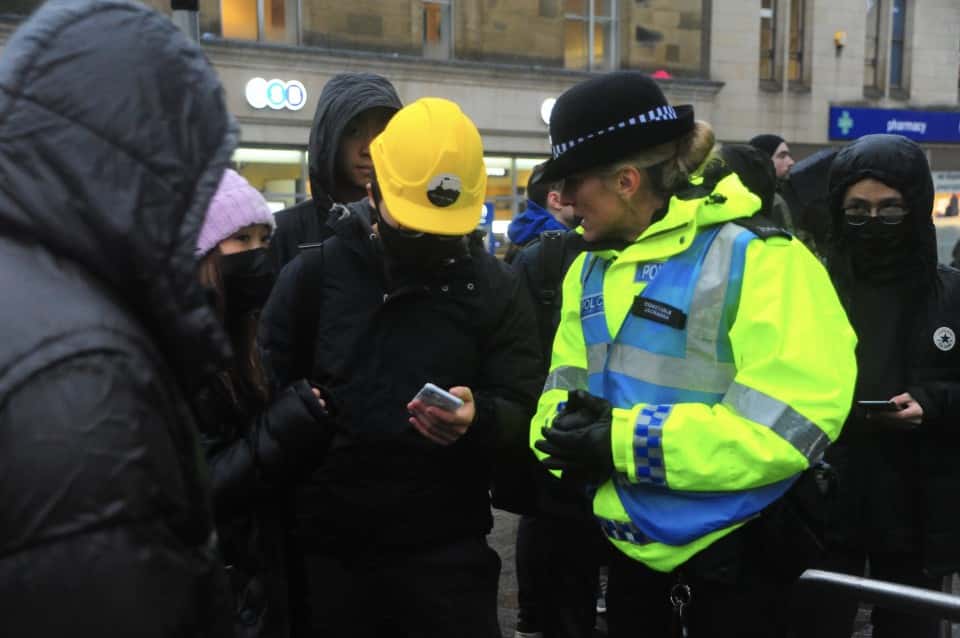 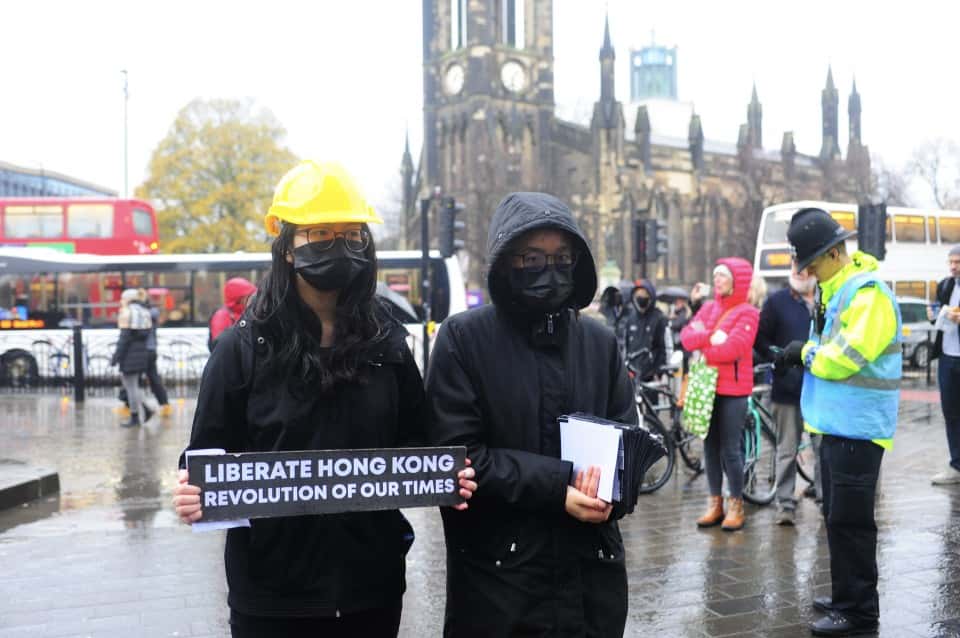 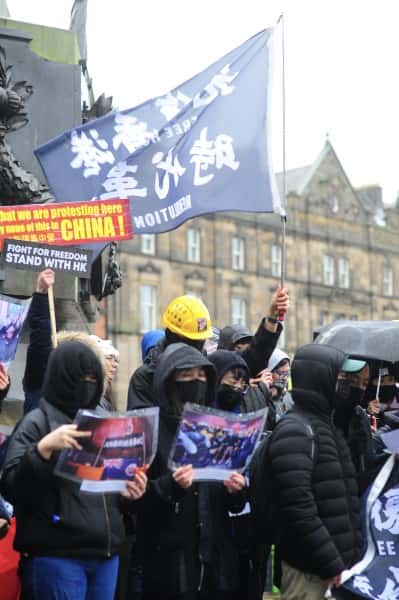 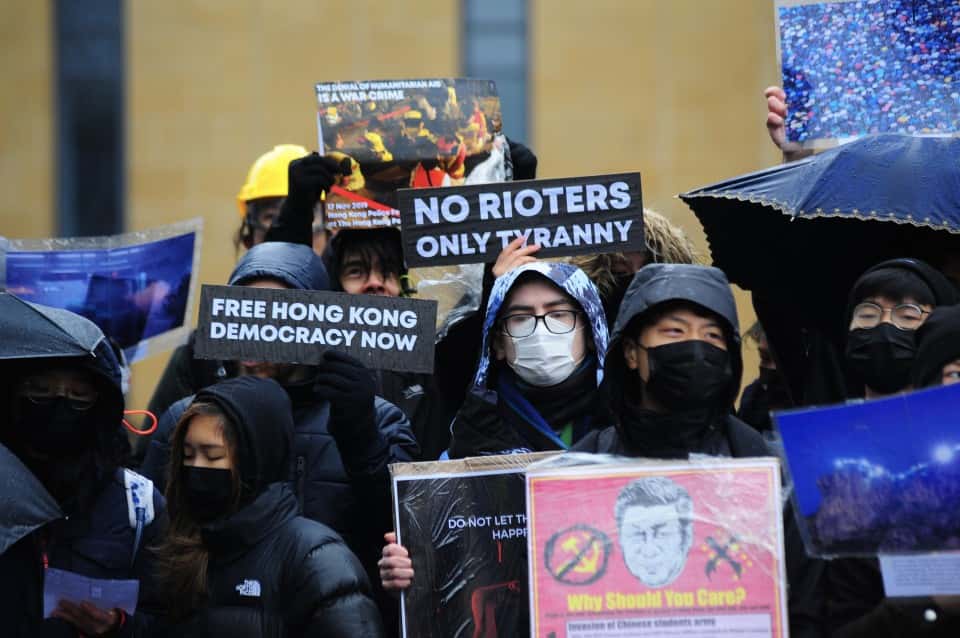 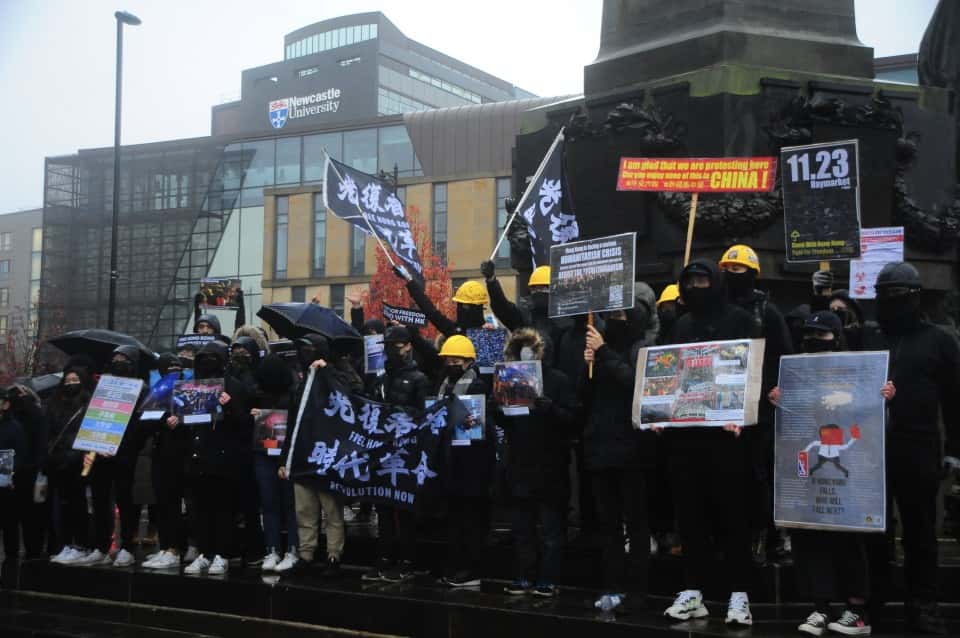 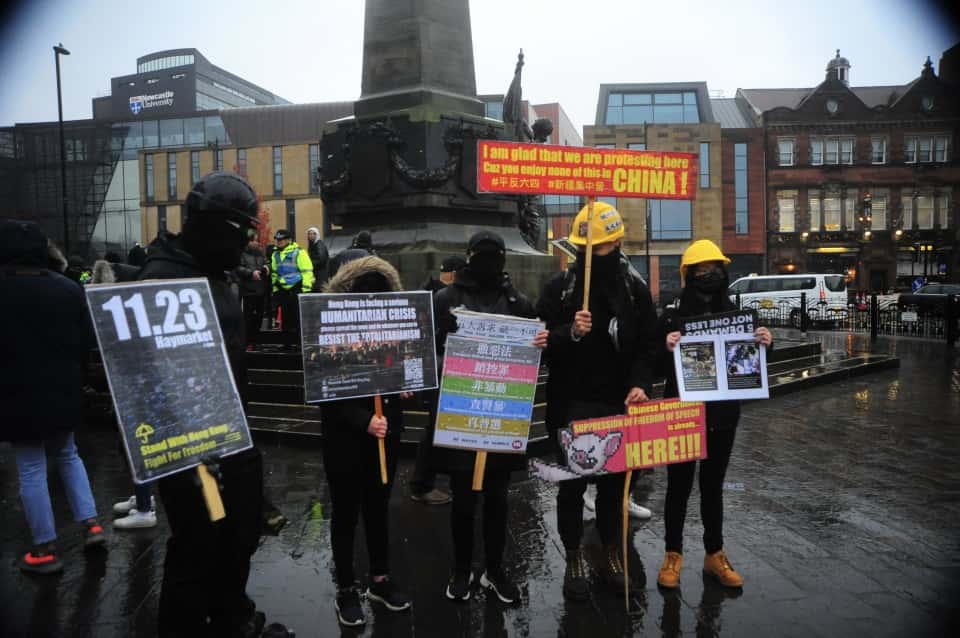 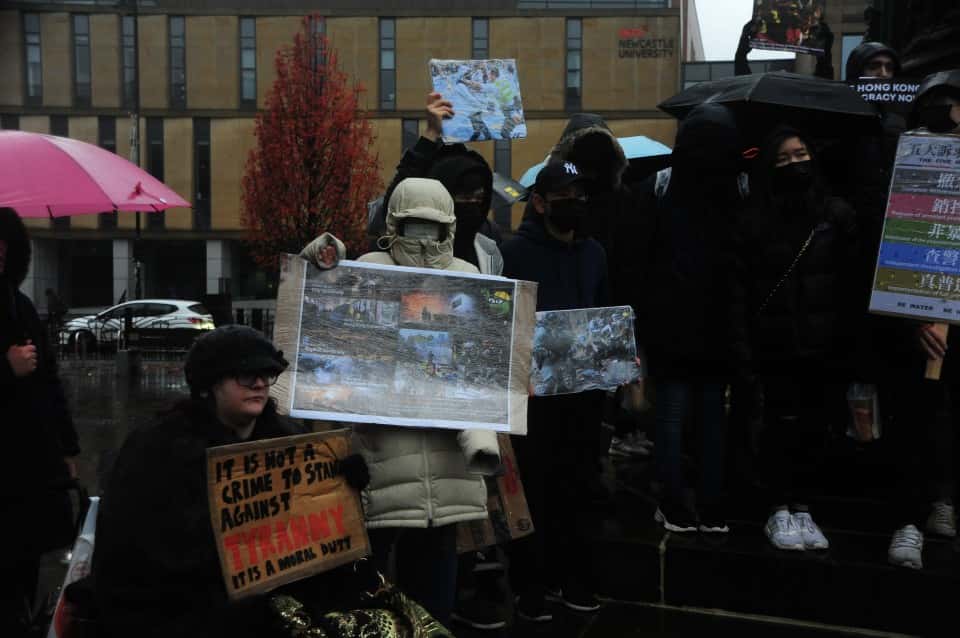 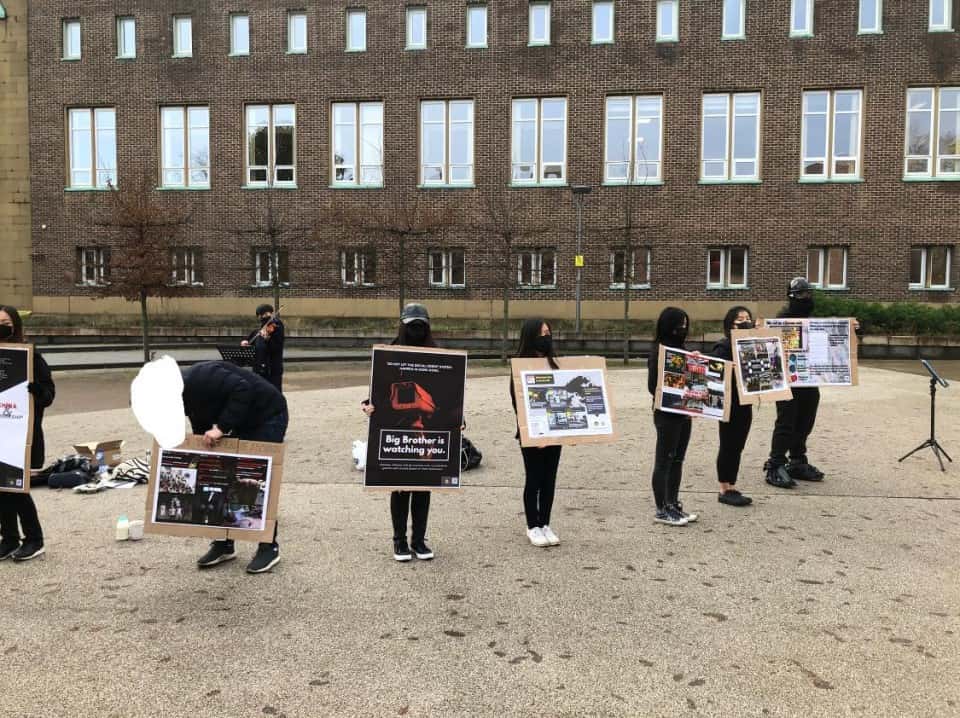 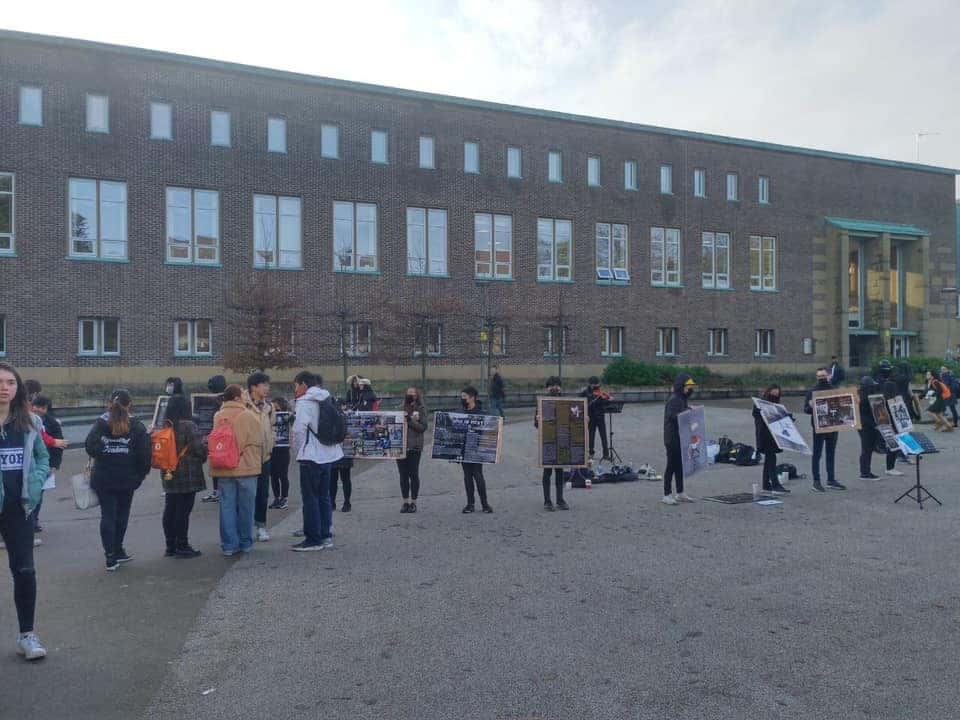 Pro-democracy protests that swept Hong Kong since March came to Haymarket over the weekend as part of Stand With Hong Kong’s UK-wide demonstrations in Newcastle, Durham, Edinburgh, Manchester, Birmingham, Bristol and London.

Pro-democracy group Newcastle Stands With Hong Kong organised a team of over 30 people dressed in protester gear to gather at the South African War Memorial to sing protest songs and raise awareness of the crisis in Hong Kong within the United Kingdom.

A Newcastle Stands With Hong Kong demonstrator said: “I am a Hong Konger, I care about the things in my home, thats why I came here. I can’t do anything back in Hong Kong, so now I try to come here and speak up about it and the people of the UK can spread the message on social media. We would like the message to be spread out to put pressure on Hong Kong and the communist party back in Beijing. People can also write letters to their MPs to put pressure on Boris Johnson to speak about the issue”.

Chi Onwurah, MP for Newcastle Central said in Parliament: “At a time when democracy and human rights are under attack by authoritarian regimes across the world, it is critical that Britain sets out clearly whose side we are on”.

Durham Stands with Hong Kong also gathered at the Bill Bryson Library at Durham University and, while conducting a peaceful protest, faced a larger number of pro-Beijing counter protesters.

The protests in Hong Kong have been going on for over five months.

The 1985 Sino-British Joint Declaration has also allegedly been violated a number of times culminating with a platoon of Peoples Liberation Army soldiers leaving their barracks onto Hong Kong soil.

Newcastle Stands With Hong Kong has urged the British Government to respond and take action on this matter.

When asked what else they were demonstrating for, a common answer given was “Five Demands, not one” in reference to the following five demands:

While there was no official counter-demonstration by the pro-Beijing camp that usually dominates the Newcastle front, occasional shouts of “one China” could be heard throughout the day.