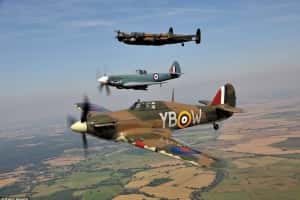 The Conservative Group propose to host the Sunderland Airshow every two years instead of it being an annual event, in an attempt to save £2 million on their 2019/20 budget plan.

The proposed alternative budget is set to reduce council tax and improve the local area by introducing more park wardens in an attempt to reduce littering and dog fouling.

Antony Mullen, from the Conservative Group, told SR News: “The Sunderland Conservatives do not think it is right that the taxpayer should subsidise events which should really attract private investment and sponsorship.

“We have proposed eliminating the Council subsidy for the event and suggested that holding it biennially would make it a more popular event, with more time to go into planning and devising new attractions.  People have complained to the Council that is it too ‘samey’ each year.

“A biannual event also will give the organisers more time to find sponsorship and investment as the number of people hiring space to pitch a stall has declined in recent years.”

Meanwhile, the leader of Sunderland City Council, Councillor Graeme Miller, was enthusiastic about the upcoming 2019 show.  He said:  “We are thrilled to be announcing such a strong RAF line-up again this year featuring some returning crowd favourites.

“The RAF are always very supportive of the event and we look forward to welcoming RAF displays to Sunderland this summer. We wish our friends at the Red Arrows good luck on their overseas tour of the United States and Canada.  Unfortunately, this means they are unable to join us this year.

“Over the weeks ahead we’ll also be confirming which other aircraft and display teams will be joining the RAF in the skies above our award winning seafront, to excite and entertain the crowds once again.”

Antony Mullen reiterated the Conservative Group’s support for the event.  He said: “In theory we don’t mind the Airshow continuing to be an annual event, but we do oppose it being subsidised each year. Holding it once every two years saves taxpayers’ money.”

The 2019 Sunderland Airshow is set to take place from the  26-28 of July, making it the 31st annual performance.