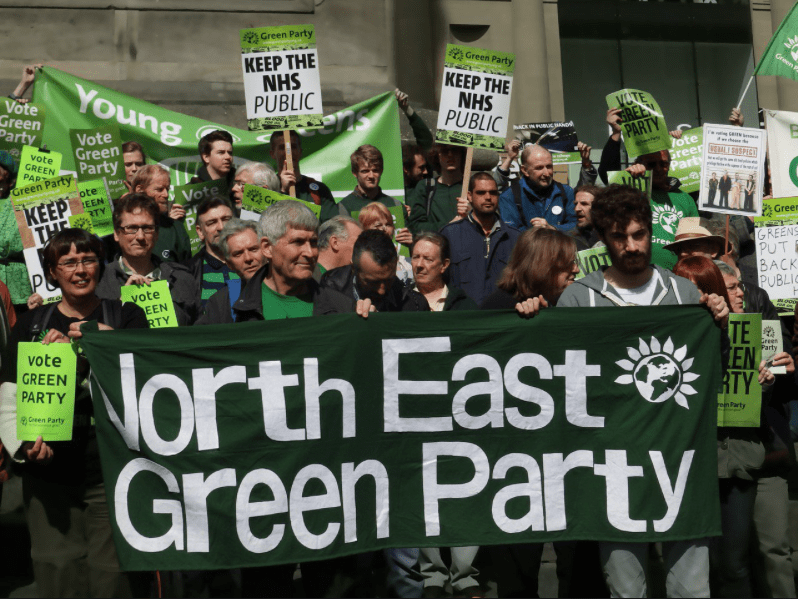 The Green Party have announced that they will not be putting forward a candidate for the North of Tyne Mayoral elections, citing costs and the democratic merit of the election as reasons.

Of the other parties, Jamie Driscoll defeated Nick Forbes, leader of Newcastle City Council, to become the Labour Party’s candidate, while John Appleby was announced for the Lib Dems before Christmas.  The Conservatives are to chose between Charlie Hoult and Linda Arkley.

Though the Green Party have chosen not to put forward a candidate, they have assured their followers they will still be involved in the build up to the election, which takes place on May 2, 2019.

Speaking to SR News, Thomas Stewart, co-ordinator of the Green Party in the Berwick upon Tweed constituency, explained that despite being committed to the devolution of democratic power, this election is the last thing the people need.  He said: “Today the country is at a time of political crisis.

“In the midst of this disaster, the Government is strong-arming the people in Newcastle, North Tyneside and Northumberland into having an elected “metro mayor”, with the lure of £600m investment over the next 30 years.  It may seem like a lot, but boils down to 40p per person per week – a derisory amount.

“The Green Party are absolutely committed to the devolution of democratic power to the most appropriate local level. However, in relation to this metro mayor, a question must be asked regarding what strange form of real democracy it represents?

“The £5000 deposit required to stand will ensure that no independent voices are represented: the mayor will then sit in a cabinet with only four other members (appointed, not elected), meaning that all decisions could be taken by just three people. That is not democratic representation; it’s a cabal.”

In response to these claims, Labour candidate Jamie Driscoll joined echoed the Green Party’s criticism of the Government’s handling of local politics.

“Transglobal corporations aren’t paying their taxes, the Tory government in Westminster is ignoring the people of the North East, and the cabinet of millionaires are poverty deniers.”