‘Fizz Free February’ has been a success for Sunderland MP and Shadow Minister, Sharon Hodgson, who has completed the month. She said:

“When I heard about the campaign I thought the idea was great and I had to get involved with being Shadow Minister for public health.

“I’ve been trying to lose weight and cut out sugar but I usually have a diet carbonated drink but I’ve now cut that out too.”

Sharon believes there should be more awareness around the daily sugar intake limit as she explains that 28% of children aged five are already suffering from dental decay. 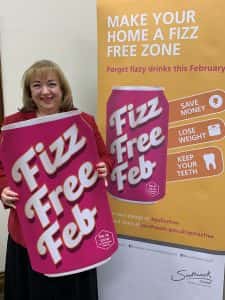 Sharon isn’t the only MP to have backed the campaign as Labour Deputy Leader Tom Watson also pledged to take part, alongside health secretary, Matt Hancock, and his Labour shadow, Jonathan Ashworth.

Health companies such as SugarSmart UK and BDA, British Dental Association, have joined the campaign to inform people on the health benefits to giving up fizzy drinks.

BDA Chairman Mick Armstrong said: “Prevention matters to us, because we see the damage fizzy drinks do each day. The idea behind Fizz Free February couldn’t be simpler and we are proud to help this campaign go national.”

Fizz Free February, was an idea set up by Southwark Council in 2018 with the aim to get people to give up ‘fizzy’ drinks for the whole of the month.  The aim is to make the public reduce their sugar intake by cutting out all fizzy drinks, including their ‘diet’ counterparts. 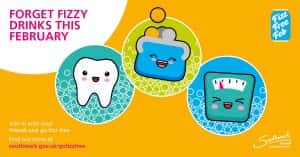 A spokesperson for Southwark Council said: “We started Fizz Free February in 2018 as a public campaign to reduce childhood obesity in the borough. This year we took the campaign national and united people across the country in a bid to go #FizzFree.”

Southwark Council suggest people could save £438 every year if they stopped buying one bottle of fizzy drink a day.

They also use health factors as a reason for the campaign, stating that drinking a can of 330ml fizzy pop every day can add up to over a stone weight gain every year. They further state that tooth decay is the leading cause for hospitalisation among five to nine year olds in the UK.

Southwark Council hope Fizz Free February will grow each year and, similarly to Dry January, which focusses on giving up alcohol for the month, become a well-known tradition within the UK.