3 days ago
The numbers behind the North East’s new Covid-19 restrictions
4 days ago
Mixed reaction greets Sunderland’s new Covid-19 clampdown
4 days ago
Covid-19: not a lockdown, but restrictions imminent for the North East
3 months ago
Metro trains cleaned with coronavirus-killing spray
5 months ago
Newcastle Dog and Cat shelters appealing for help due to loss on income in the wake of Covid-19 pandemic lockdown

Five people have been arrested as part of an investigation into a suspected stabbing in Walker yesterday.

At around 10am on Wednesday police received a report that a man had been assaulted outside of an address on Chatsworth Gardens in Walker. A neighbour has told how he heard ‘blood-curdling screams’ coming from near to where a man was allegedly stabbed yesterday.

An old man was taken to hospital with life-threatening injuries consistent with a stabbing. He remains in a critical but stable condition in the Royal Victoria Infirmary (RVI) in Newcastle. 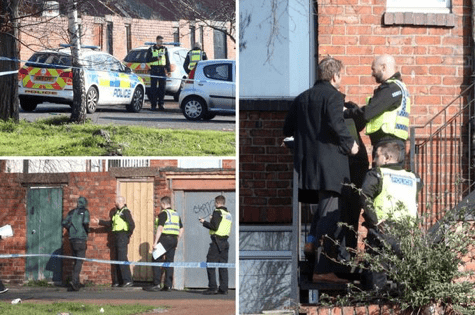 Two men, aged 58 and 18, were arrested shortly after the incident but now police have revealed they have arrested a further three men. All five suspects remain in police custody at this time while officers continue to carry out high visibility patrols in the area of the assault to reassure concerned residents.

Northumbria Police’s Detective Inspector Graeme Barr has now appealed for any witnesses to the assault to contact police.

He said: “We have taken quick action and made a number of arrests but we still need help from any members of the public who may have information about the circumstances around the assault. I do want to reassure the public that this is not a random, stranger attack. Those involved do know each other and there has not been any wider risk to the public.”