Our freedom of information request discovered there have been 2,366 incidents of graffiti over the last 18 months; the approximate cost to remove the graffiti is £70,000 per annum.

Nexus, the executive body of the North East Combined Authority, provides public transport across the North East of England by creating and maintaining travel networks that touch most parts of the county.

The recent freedom of information request we submitted revealed the frequency of graffiti-related vandalism from the period between April 1, 2017 and September 30, 2018. In addition to the 2,366 incidents at metro stations, it also revealed there have been 147 recorded incidents of vandalism (graffiti) to Metro trains.

The recent deaths of three graffiti artists in South London in June of this year reignited the debate on whether graffiti is considered art or vandalism. The tragic event was an unfortunate reminder of the dangers of painting trains and the tracksides of railways to those who do it up and down the country.

While fatal accidents relating to graffiti are not frequent, figures released by a freedom of information request to the British Transport Police in April of this year show that graffiti-related crime is on the rise: there were 1,413 recorded incidents of graffiti-related crime in 2013; the most recent figure, for 2017, was 2,498.

Currently, Nexus does work with communities and artists, building up a catalogue of over 30 pieces of unique art on Metro and other public transport infrastructure in Tyne and Wear.

We spoke to two local graffiti artists get hear their thoughts on how the justice system currently operates regarding punishments. At their request, any identifiable information has been withheld from the article to ensure anonymity. Speaking to North East based artist, Dred, he had this to say: 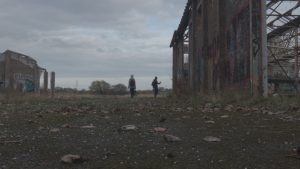 Meanwhile, another artist, Teazr, was asked what he would say to those who thought graffiti is just pointless vandalism. He said:

“It’s not because at the end of the day, with my background coming up in my childhood, there is a lot more worse routes for me to take.

“All I’ve known is criminal stuff. That’s all the streets have shown me. In the North East there’s no job opportunities like that we don’t really get much help compared to down the South. It’s worse up here.” 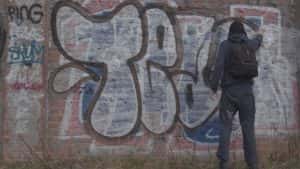 “I think you should get community service and be made to go and clean it up. I don’t think anyone should get time because your destroying that persons chance, he’s not going to be able to rehabilitate back into society when you have given him a criminal conviction. He’s not going to be able to go and get a job and why? Just for doing something that he loved? Just for putting paint on a wall? He hasn’t harmed anyone.” 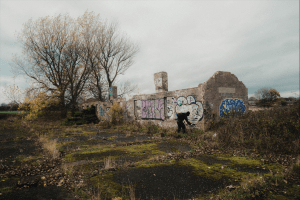 A Nexus spokesperson said: “Graffiti remains a challenge for all railway operators across the UK and that includes the Tyne and Wear Metro.

“We have a dedicated team of cleaners who work day and night to remove the graffiti tags and daubings from our trains and other items of rail infrastructure including bridges, stations and signal boxes. We clean graffiti away as quickly as we can with the resources that are available to us. All graffiti of an offensive nature is prioritised and cleaned off within 24 hours.

“Anyone who hits Metro property with graffiti is committing criminal damage and is also trespassing on an operational railway system and putting their own safety at risk.

“We report graffiti attacks to the police and anyone who gets caught will face prosecution through the courts.”