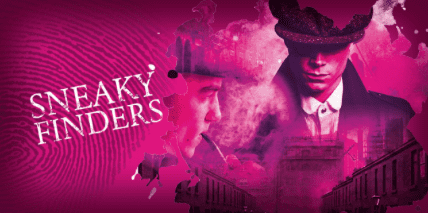 Fans of Cluedo and Peaky Blinders will get a chance to be real life detectives when CluedUpp, a live action roleplaying game, comes to Newcastle in June.

The award-winning game turns ordinary UK streets into a giant, interactive Cluedo board.  The premise is straightforward: the action is set in 1921, in the fictional, bustling industrial town of Millingham; the townspeople have awoken to find their most feared resident has been murdered.

In teams, participants are challenged to find out who the murderer is as they walk around Newcastle’s cobbles with the aid of the CluedUpp team ‘murder mystery app’ to locate witnesses, answer local trivia questions and unlock hints to solve the case.

A spokesperson has given tips for the teams participating: “Make sure your phone is fully charged, make sure you listen/read the witness statements carefully and have fun!”

The  CluedUpp Team started the event in 2016 and has seen it grow massively in popularity over the years. Since the company started, 207 murders have been solved, 440 witnesses have been interrogated and 105,200 detectives have played along.

The event starts on Saturday 1 June in Newcastle and there is no set time but teams can start between 10am and 1pm on the day; the course can take up to 2 hours to complete. Awards are also given for best costume, best team name and many more.

Team places are still available at £36 per group: each group is allowed a maximum of six members. For more information and to book a place, follow this link.