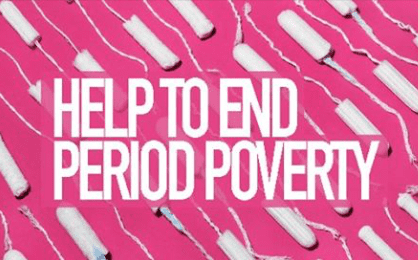 The cards work similar to the NHS issued ‘C Cards’, which act as a more discreet way to ask for contraceptives. The cards will be used to allow young people, aged 11-25 to gain free sanitary products, including tampons, pads and menstrual cups.

The campaign was set up by a group of young people at Streetwise in Newcastle. The group received support from local youth charity, The Key, which aims to inspire young people to believe in their ideas by creating and delivering their own projects, helping them to learn vital life skills and confidence along the way.

Abbie Foster, fundraising and marketing manager of The Key, said: “Projects like this are what The Key is all about. Young people taking an idea they are passionate about and creating something real with it. From just £250 these young people are going to help so many other youngsters.”

One in ten women suffer from period poverty and a startling 49% of schoolgirls have missed a day from school due to periods.

The Key helps 2,500 young people facing challenges every year through their skills development framework. Foster said of the framework: “Think, Plan, Do and Review. It’s a simple framework we’ve been delivering for over 26 years in the North East and has reached so many young people.”

One of the main contributors to the campaign, Annaliese Heslop, spoke about the future of Project M: “Basically we wanted to expand the range of products. We already have donations and are trying to contact big companies to keep it running.”

University students were asked about the campaign and the potential of it. One student, Millie Turnbull, shared her thoughts in an interview. Millie said:

“M Cards should definitely be equal to C Cards. They may be even a bit more important as periods can’t be stopped, it’s natural, but you can stop yourself having sex.

“I do hope Project M will become more known and attract people to help as it’s a human right to women to receive these resources and is disgraceful that, in the 21st century, period poverty exists.

“No one should suffer over a natural body occurrence.”

The night ended on was a plea to spread the word about the project, donate sanitary items and also visit streetwise with any problems.