The scheme was set up just over a year ago, and on Saturday, November 24, families were invited to share personal experiences and raise their concerns regarding uniform poverty in the North East. The event, held at the scheme’s base at the Cobalt Business Park at 12.30pm, attracted around 25 people.

Rayner, the Labour MP for Ashton-under-Lyne, drove up from Manchester especially for the event. She said:

“When I become Education Secretary it will not be allowed to happen on my territory because it is completely wrong. There should be no barriers for young people getting into education. We will not have this monopoly and it’s taking advantage of people which is not acceptable.”

Uniform poverty was a topic at the forefront of Rayner’s Labour 2018 conference speech, where she vowed to “bring all publicly funded schools back into the mainstream public sector.” The issue is one that the Manchester-based MP is passionate about. Rayner said:

“I want you (Community School Clothing Scheme) to be an enterprise that is about sharing, not poverty. People shouldn’t have to come here because they’re so destitute.” 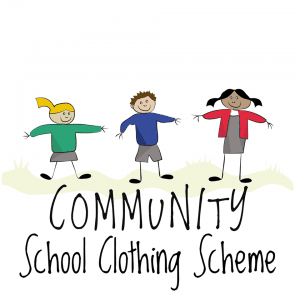 “This crisis doesn’t just effect people on benefits, I think that’s just a myth. I think it affects people who are working, and everybody finds that there’s a need to use us.

“Hearing stories from parents every day and the issues that they have with raising funds to buy a pair of trousers, or shoes that their child can walk to school in, I think: ‘how are we in this situation where parents don’t have a voice?’

“How do you approach a school as a parent? When my son went through all his trousers in three days, I phoned the school and told them a lie that he was poorly because I didn’t want to tell them that he had ruined all of his trousers and I didn’t have £7 to go to Asda.

“So if I’m not opening up to schools, then there are hundreds of other parents out there that also don’t feel they can open up to a school and let them know they’re struggling.”

More information on the Community School Clothing Scheme can be found on their Facebook and Twitter pages.