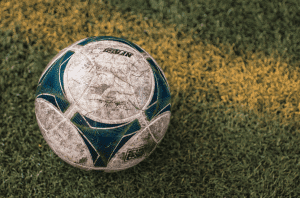 Residents in the North Tyneside area are enjoying walking football – a slower version of football for elderly and less mobile players.

Colin White, 70, a retired television engineer, told us why he enjoyed playing this sport. He said:

“It’s kept me fitter and the social side is great. I enjoy the game and the craic, the laugh and the banter.

“It’s great, it’s better than sitting watching the telly or reading the paper.”

NUFC Foundation Health and Wellbeing Officer, Sam Cooper, told us why a sport like this is a great opportunity for residents in the local area.  He said:

“Access to these sessions allow people that wouldn’t otherwise to exercise frequently.

“Yes, it’s an opportunity to engage the cardiovascular system, but it’s not just the physiological side – there’s the psychological side as well.

“Most people here don’t get the opportunity to socialise with groups this size.”

Peter Robinson, a 76 year old retired decorator, used to play the sport  until he gained a wrist injury. To keep himself involved, he now referees games.

When asked why he enjoys the sport and wants to stay part of it, he said:

“It’s just the banter and the lads.

“I just come along just to see the lads, you know, have a bit banter. It is fun. It’s the only reason I come, to keep active.”

Stephen Black from Active North Tyneside discussed why this sport was created two years ago and what benefits players get from it. He said:

“While the sport is slower than traditional football, all the participants tend to get a good work out from the games and they can be competitive.

“The participants that come get to have a social game with their friends as well as the friendly competition which is good for mental well being and feel good factor.

“A good way to make new friendship groups outside of the session as well.”

Active North Tyneside hold two sessions per week all year around – Wednesdays at 2:30pm at The Parks Sports Centre and Thursday 6.30pm at Hadrian Leisure Centre.