This listicle explores some of the most beautiful, but unknown locations in the North East of England. From Durham to South Shields to Northumberland, here are some of the best hidden gems the region has to offer.

Located in Northumberland, Amble has earned the title of the ‘friendliest port’ in England. The small fishing town is home to around 6,000 people and lies at the mouth of the River Coquet. Things to do in Amble include: visiting the marina, taking a walk along its many beautiful beaches or even taking a surfing lesson at local Northside Surf. The harbour was the smallest harbour to serve Northumberland and Durham’s coal fields.

This disused quarry just outside Hexham is an idyllic beauty spot. With its emerald green waters and surrounding cliffs, it truly is a hidden gem in the North East landscape. According to the local people, the site has attracted swimmers, sunbathers and thrill-seekers for decades. The locally named ‘lagoon’ has seen an influx of visitors in recent years, with many visiting just to get that perfect shot of the water.

This small country park lies to the north of the River Blyth in Northumberland. It contains a small café and visitor centre, a park for young children and open meadow space. The park is very popular with dog walkers and families in the summer months. The river runs through the woods and a jetty makes it the perfect place for people to relax and cool off in the hot weather.

The stunning Northumberland National Park can be found near the village of Longhorsley. The woods are accessible to walkers, cyclists and horse riders and feature 3 different trails of varying degrees of difficulty. The woods boast a gorgeous view of the Cheviot hills and are a mix of flat, open moorland and steep hills to climb. The woods are home to many varieties of wildlife, including squirrels, deer and – according to fable – hob-goblins. The Cheviot hills themselves run along the Anglo-Scottish border, the highest hill (aptly named ‘The Cheviot’) stands at 815m in height.

Operating since the 1900s, Brown’s Boats offer rentals of hand-made rowing boats, perfect for a leisurely day on the River Wear. The boats are available to rent between mid-March and late September and have all, interestingly, been given female names. The larger boats can fit up to 8 people and life jackets are available for both adults and children. The boats can be found right next to ‘The Boat club’ bar and kitchen, meaning its the perfect place to stop and refuel after your trip.

Located in the village of Cleadon, South Tyneside, the cluster of hills stand between the village and the coast.  The village is around 10 miles from Newcastle and home to just under 8,500 people. Scientists believe that around 200 million years ago, the hills were actually a group of small islands located in what was then known as the Zechstein Sea.

Located near Rothbury, Simonside is a beautiful area of land and raised hills which offer views of both the Cheviots and the North Sea coast from the peaks. The hills are a special conservation area managed by Northumberland National Parks and are teeming with local wildlife including red squirrels and wild grouse. The hills have been mentioned in literature since as early as 1279 and are fabled to be the home of fairy folk and dwarfs who live in the rocks.

The High Force waterfall can be found in the Forest-in-Teesdale in the heart of County Durham. The beautiful woodland walk follows the path of the River Tees as it grows in size before plunging 21 metres into the pool below. The woodland is also home to many animals including deer and rabbits, as well as an ever changing backdrop of wildflowers. High Force has its own picnic area and car park, making it the perfect place for a family day out.

This idyllic little coastal town lies around 8 miles away from Alnwick in Northumberland. The village is popular with surfers and sailors alike and boasts phenomenal views of Dunstanburgh Castle. The village is mainly owned by the National trust and is a very popular stop for birdwatchers. With a beautiful beach and plenty of rock pools, the village makes for a lovely family day out.

The ice cream parlour can be found in Acklington, Northumberland. The unique parlour is situated in the middle of the dairy farm and visitors are able to see the animals up close whilst enjoying their treat. The site is very popular with families and boasts over 160 flavours of unique, fresh and tasty ice cream.

Royal seat of the King of Northumbria, Bamburgh castle was founded in the year 547 by king Ida, one of the first Anglican kings in the North. It was once written that Bamburgh was the most important place in all of England. The castle features a shop and it is also a sight for local ghost tours and beautiful weddings. The gorgeous beaches that surround the castles make it one of the most beautiful sights in the North of England. 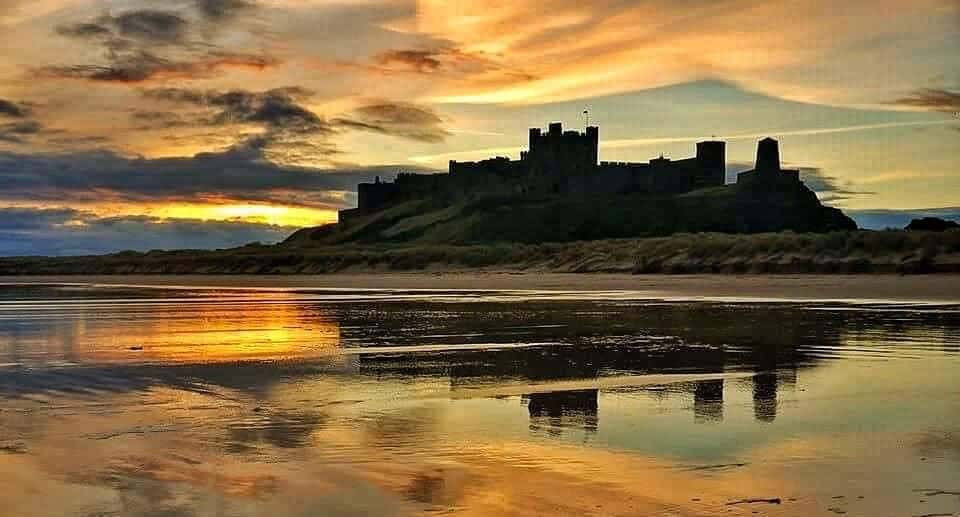