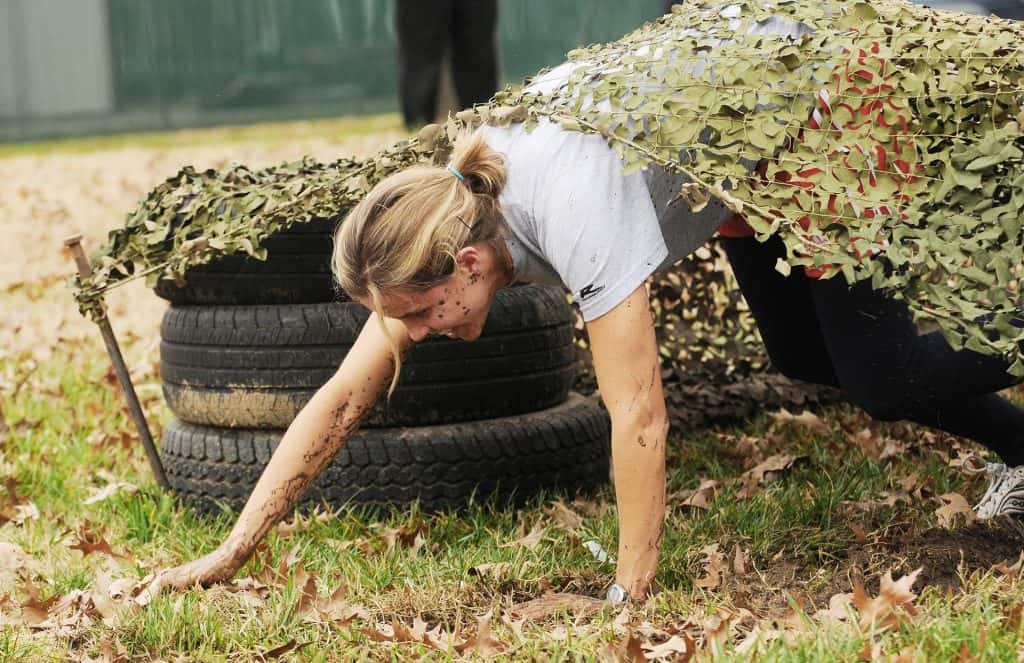 Participants were treated to a warm day as temperatures reached as high as 23 degrees.

The event organised by the North East Autism Society saw many families and friends challenge themselves to a obstacle course which was filled with a variety of tasks such as carrying sandbags, scrambling through cargo nets, climbing the giant wall of hay bales and navigating your way through a bungee web.

The course had three start times throughout the day and saw children as young as six years old take part in the event alongside adults.

Organisers were pleased with the turnout, which was smaller than previous years, but believe that the event will raise about £4,000 for the charity which strives to understand needs, aspirations and the ways in which each person who uses their services are affected by autism.

Here's just a sample of some of the pics from #SunderlandScramble today at Herrington County Park – professional photos will be available soon 🙂 #muddyfun #autismawareness pic.twitter.com/YpTQ41S1Q1

Sophie Clarke, the event fundraiser for the North East Autism Society, said: “We had over 230 people take part on the day and it was very successful with lots of families and teams taking part in the run.

“The weather was fantastic, and it was a great atmosphere. We had a few people who registered on the day as well for the later wave.

We are hoping to raise £4,000 from the event once all of the sponsorship money is in.”

The next big event for the North East Autism Society is the Rising Sun Scramble at Rising Sun Country Park on Sunday July 15.

Rise and shine… it’s EARLY BIRD discount time! To celebrate the launch of our exciting new challenge event – the Rising Sun Scramble – we are offering a whopping 25% off the usual adult registration fee – and as ever KIDS GO FREE! If you want to join us for our family-friendly 5k obstacle run set in North Tyneside’s beautiful Rising Sun Country Park on Sunday, July 15. And for the first time we are also including RELAXED waves – making this the region’s first autism friendly challenge event! To grab your early bird discount click on the bio link and use the exclusive discount code: SUN25

That will be a family-friendly 5k obstacle run course where participants will be challenged to conquer fun obstacles such as the sandbag slalom, park ‘n’ slide, wacky web and tunnel vision.

The registration fee is £25 with a pledge to raise a minimum sponsorship of £40 to help NEAS work with children, young people, and adults with autism.

Children aged 15 and under go free (limit to two children per adult), with the minimum age to enter being six years old.