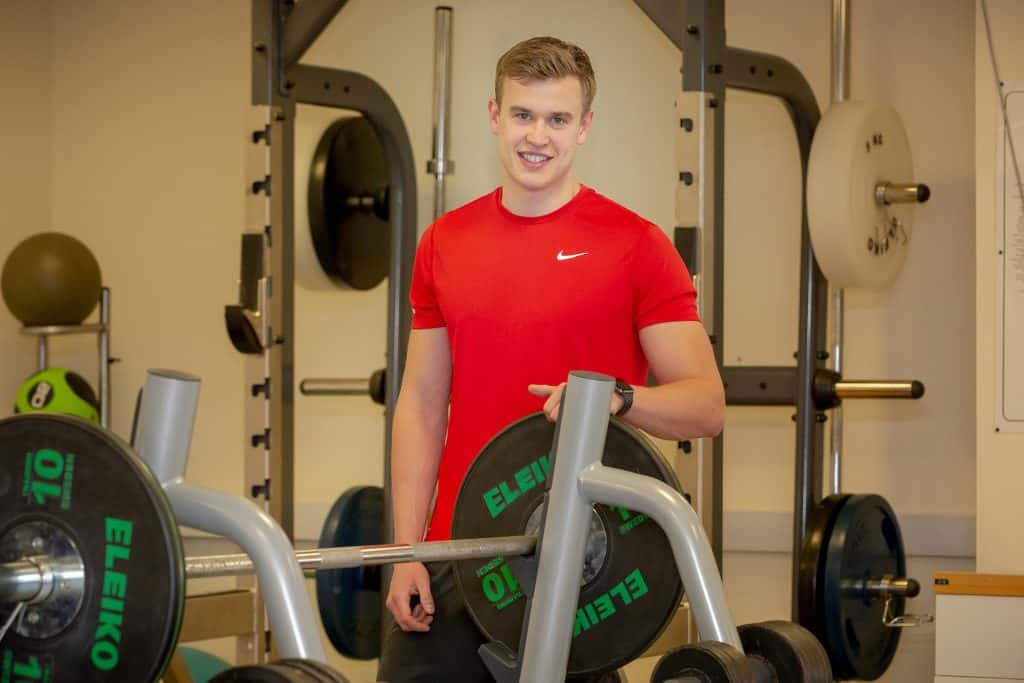 Student James Allan has just landed his dream job with a Premier League football club after taking a leap of faith.

It has been all change for James over the last couple of years.

After leaving Jarrow School in South Tyneside, the football-mad teenager took up an engineering apprenticeship. Then, after four years of training, he secured a job with British Engines.

“I just thought sport would be my hobby, something I did after work,” said James, from South Tyneside. “I knew I enjoyed doing it, but never really considered it a career option.”

But after nine months in the job, James decided his heart lay not on the factory floor put rather on the sports field.

“I got in touch with the University of Sunderland but really didn’t think I would have the qualifications to get onto a Sports Science degree course,” said James.

“I hadn’t taken the traditional A Level route and didn’t hold out much hope.”

But James was delighted to hear his BTEC and engineering HNC provided him with enough UCAS points to get onto the course.

James saw off competition from more than 150 others to land the role which will see him providing strength and conditioning training to some of the country’s most promising young footballers.

James said: “I will be there for the 2018/2019 season working with the players in the gym and on the field. We will be utilizing the use of GPS trackers in training and in games to monitor the players loads, technology we have been using at university.”

James has already worked with players at Durham County Cricket Club at the Emirates Riverside in Chester-le-Street, provided strength and conditioning support for the University men’s rugby team and coached five to eight-year-olds at All-Stars Cricket at Ashbrooke Sports Club in Sunderland,

In order to land his role with Southampton FC, James had to undergo a day-long group interview with 40 other applicants, followed by an individual interview.

He added: “I’m in the process of relocating to Southampton and trying to find a place to live for the next year before I come back to Sunderland to complete the course.”

Rob Graham, Sports Development Officer at the Institute of Sport at the University of Sunderland, said: “James has been a fantastic student to work with, his work ethic and passion for sport is inspirational.

“I’m very confident that James will end up at the forefront of improving athletic performance through designing and implementing cutting edge sport and exercise science techniques.”