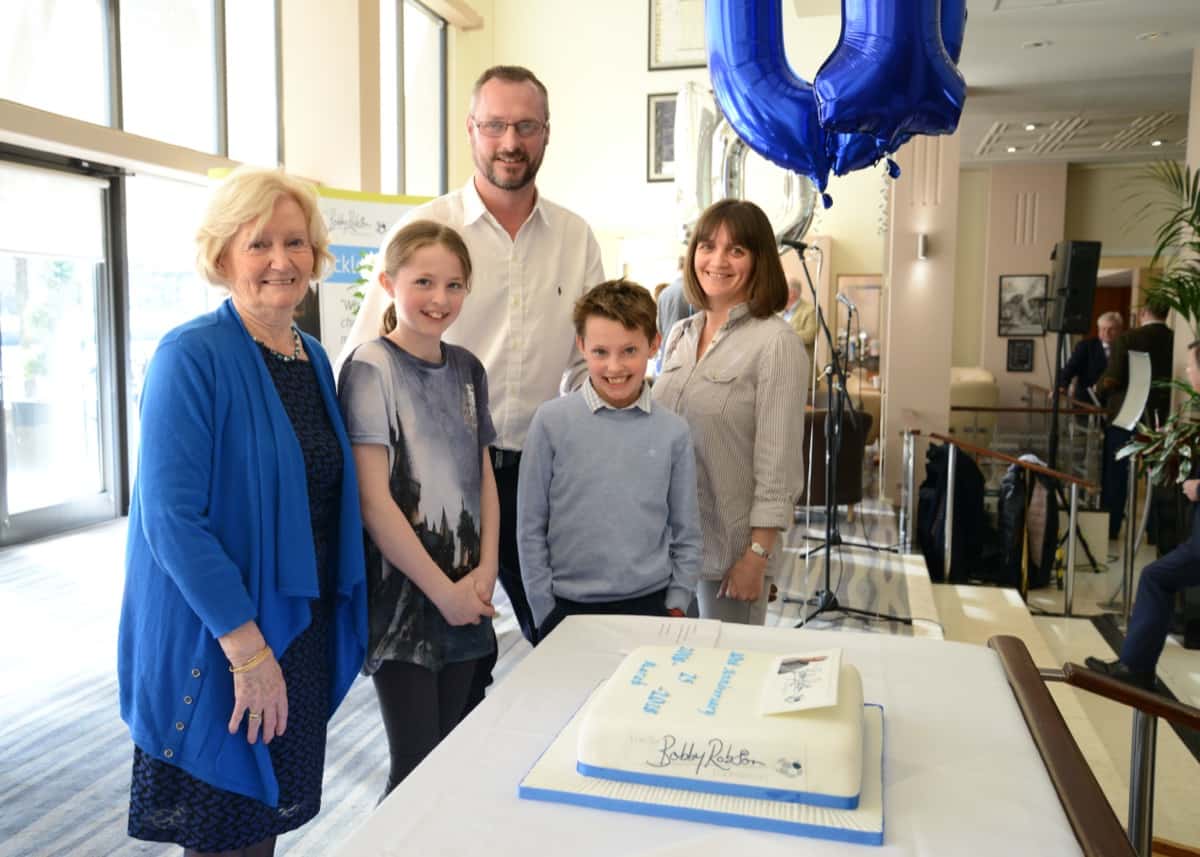 Mark Robson says: “I wish Dad was here today. He would be enormously proud of our fundraisers. To help the people that we do, people affected by cancer, it’s heart-warming.

“Here we are, 10 years on and we’ve reached £12 million and that’s only because of the fantastic support we’re so lucky to receive.

“When Dad passed away about a year and half after launching the Foundation we thought that it might just fade away a bit. We weren’t really sure about things. But we kept going and it’s just kept on at the same run rate. It’s incredible and it’s all thanks to our fundraisers. I’m sad that he’s not here but he’s left a wonderful legacy and that makes me proud.”

Over the last 10 years, the Sir Bobby Robson Foundation has funded cutting-edge cancer treatment and cancer support services that directly benefit patients from across the North East and Cumbria. It is also playing a significant role in international efforts against the disease.

Sir Bobby described his charity as his “last and greatest team.” He had no idea how large his team would grow, or how much it would achieve.

Working within the NHS, the Foundation’s aim is to find more effective ways to detect and treat cancer and it does that by working in partnership with other leading charities and organisations. Teamwork was always very important to Sir Bobby.

As a fund within the Newcastle Hospitals NHS Charity, it does not employ professional fundraisers to proactively raise money, and relies completely on third party, volunteer fundraisers and the incredible generosity of the general public.

Most recently, it made a contribution of £892,000 to fund the cutting-edge PROSPECT-NE genome sequencing project and £1million to support the work of the new Wolfson Childhood Cancer Research Centre at Newcastle University.