Northumbria Police force has boosted its arsenal of armed officers by over 50 per cent in the past 12 months, a spokesperson says.

The staff increase coincides with a number of terrorist attacks this year including the Westminster attack, the Manchester Arena bombing, the London Bridge attack and the London Underground train attack.

According to definitions set forth in the Terrorism Act of 2000, a total of five terrorist acts have occurred in 2017 alone, representing the United Kingdom’s highest yearly total of this century.

Despite the timing, the region’s police force insists the budget increases for armed officers is not a result of targeting on Northumberland or Tyne and Wear. 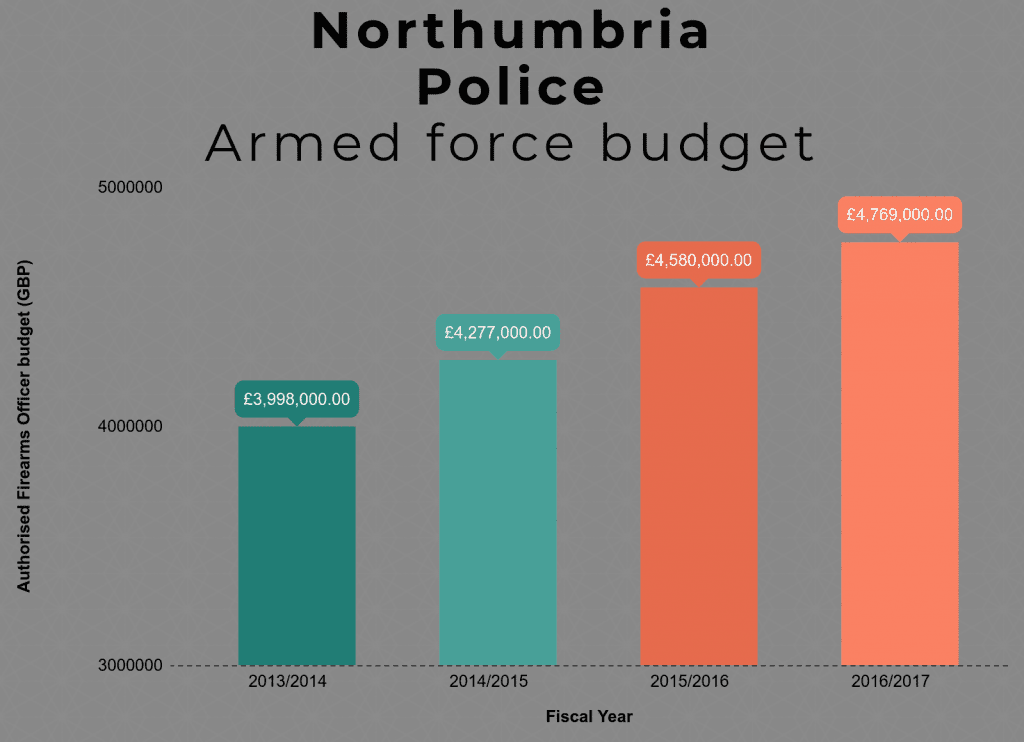 A Northumbria Police spokesperson said: “The increase in Authorised Firerarms Officers (AFOs) was not as a result of any specific intelligence indicating that this region a target for
terrorist activity.

“In 2016, the Home Office invested £140 million to support an increase in AFOs in a number of police forces across the UK.

“As a result, we have increased the number of AFOs by more than 50 per cent here in Northumbria Police.

“Our current numbers mean we are capable of responding quickly to any threat in our region. In addition, we have tested our response plans at a number of large counterterrorism training exercises throughout the year.

“Our priority will always be public safety and if anyone has any concerns about armed officers on our streets then they will be more than happy to talk to you.”

Northumbria Police has invested almost £5 million pounds in armed police during the 2016/2017 fiscal year, including salaries, training and equipment.

The figure represents a £1m increase over the past four years, with a budget of just under £4m for 2013/2014, based on a Freedom of Information request submitted by SR
News.

Northumbria Police Federation Chair Jim Gray could not be reached for a comment.