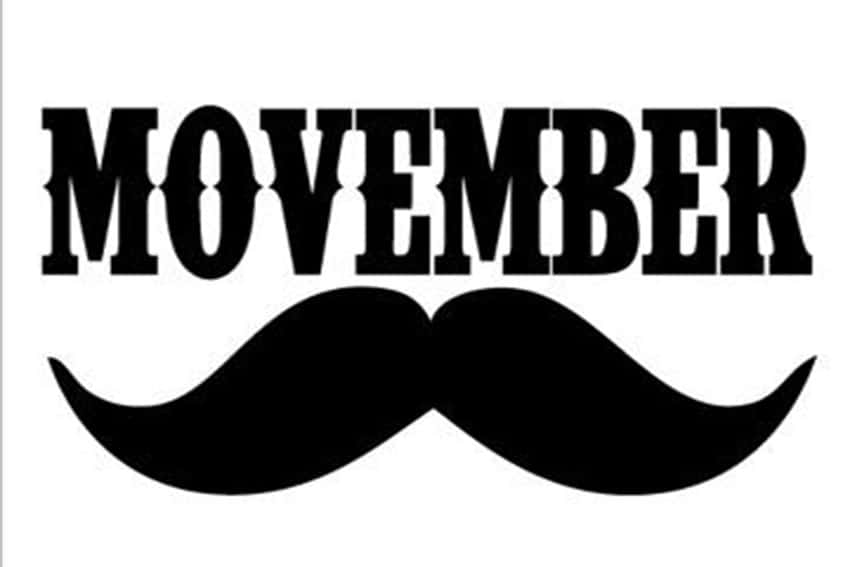 Most people have heard of Movember, with celebrities such as Joe Hart, Damian Lewis and Ricky Gervais frequently featured across all media platforms, sporting moustaches in support of the cause.

However, not everyone is aware that Movember is more than just an excuse to grow facial hair. Behind it lies a serious message to help raise awareness of men’s health issues, including mental health & suicide prevention, testicular cancer, as well as prostate cancer.

“Movember shines a light on men’s health — particularly prostate cancer — which goes a long way in raising the profile of the disease with men in the UK.”

He continued: “Men over 50, men with a family history of prostate cancer, and black men are at a higher risk of developing prostate cancer than other men. If you are worried about your risk, go and see your GP. They can talk to you about the tests that are used to diagnose prostate cancer.”

However, there are many other ways to raise awareness of men’s health issues — including prostate cancer — apart from Movember.

Harry Firth, from Heaton, Newcastle upon Tyne, has so far raised £1,800 for Prostate Cancer UK by completing the 2668.8mile Pacific Crest Trail from Canada to Mexico in July this year. Despite struggling with eternal hunger and feeling lonely for large stretches of his journey, he is glad to have done something for such a worthy cause.

“I had always wanted to do this quest for a number of years but never had the time or the money to go ahead with it,” he said. “It was watching my future father-in-law battle with prostate cancer that I thought to contact Prostate Cancer UK to see what I could do. It was then that the idea of doing this trail came up again and Prostate Cancer UK gave me the means to do it.”

Harry plans to auction off some of the photo’s he took during his incredible journey to help raise further funds. You can still sponsor him via: https://www.justgiving.com/fundraising/harryfirth

Also, you can call Prostate Cancer UK’s specialist nurses in confidence on 0800 074 8383. The specialist nurse phone service is free from landlines and open from 9.00am to 6.00pm Monday to Friday with late opening until 8.00pm on Wednesdays.